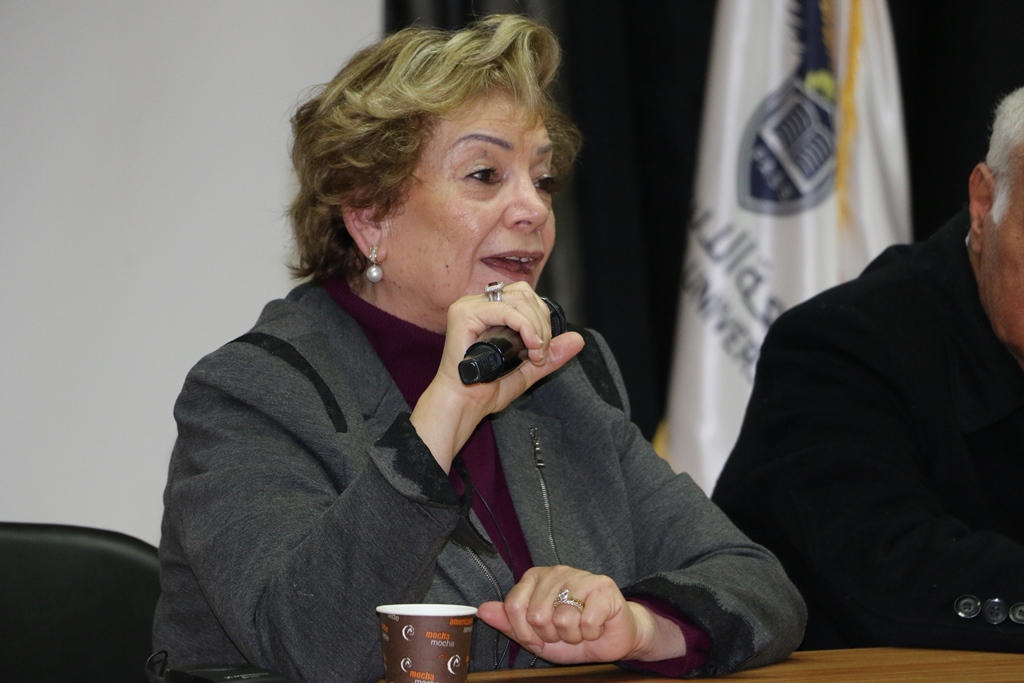 On Saturday 28th of January, Al-Istiqlal University hosted the revolutionist Intisar Al-wazeer “Um Jehad”, the wife of the martyr Khalil Al-Wazeer “Abu Jehad”. In a lecture for the cadets at the Theater of Sheikh Hazza’ Bin Zayed,  she expressed her pleasure for meeting the cadets paying attribute to the achievements and efforts of His Excellency Major General Tawfiq Tirawi in constructing and developing Al-Istiqlal University. 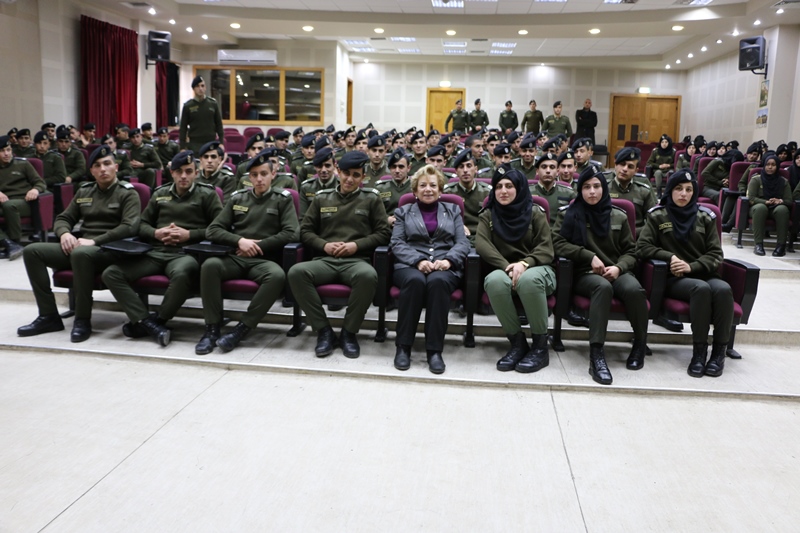 Al-Wazeer talked about the launch of the contemporary Palestinian revolution starting from Gaza to Damascus, Beirut, Tunis, Algeria, as well as a number of Arab capitals till it included the Palestinian territories.

She returned in her memory to the life of our Palestinian people after 1948 catastrophe and how the state of loss and homelessness accompanied the state of anticipation of our people to return to their home and keep the keys of their houses which they were exiled from. 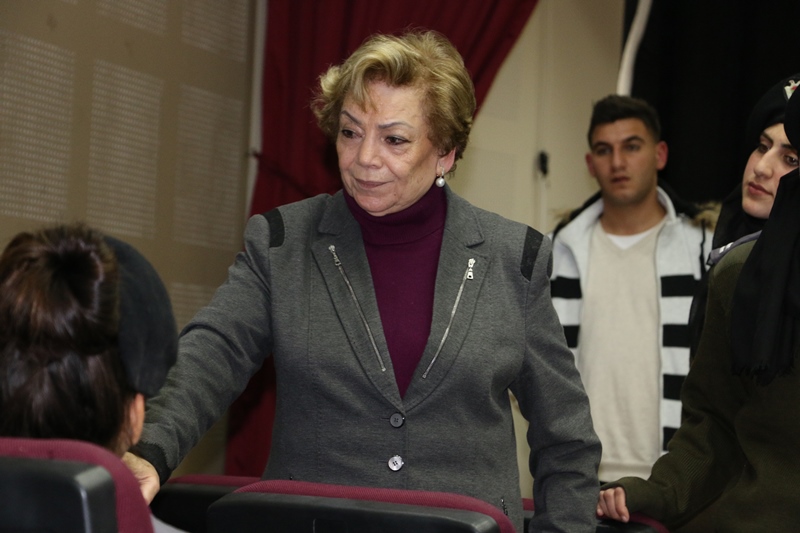 Al-Wazeer described the start of struggle by the Palestinian young people in forming military cells starting from Gaza strip, Beirut, Damascus and Kuwait to the place where the Palestinian revolution launched in 1965.

The reminiscent of the martyr Abu Jehad was the large share of the lecture time since she narrated the beginning of the actual struggle life of Abu Jehad through presided over PLO in Algeria. As well as forming and training the military cells within the little material possibilities. She summed up the internal conflict in FATEH movement. Especially, concerning the date of the movement’s launch whereas the leaders Abu Ammar and Abu Jehad adopted the view of launch in accordance with the material possibilities and expanded it according to aids and support received from the Arab countries. This is what the president Mahmoud Abbas asserted at that time.

With regard joining the national parties the Organization of Liberation, Um Jehad said that some national achievements were implemented followed by the victory of Al-Karama battle in 1968 and the support of the Jordanian army to the Palestinian warriors by bombing the Israeli forces till the Israeli army was defeated leaving 13 military tanks. 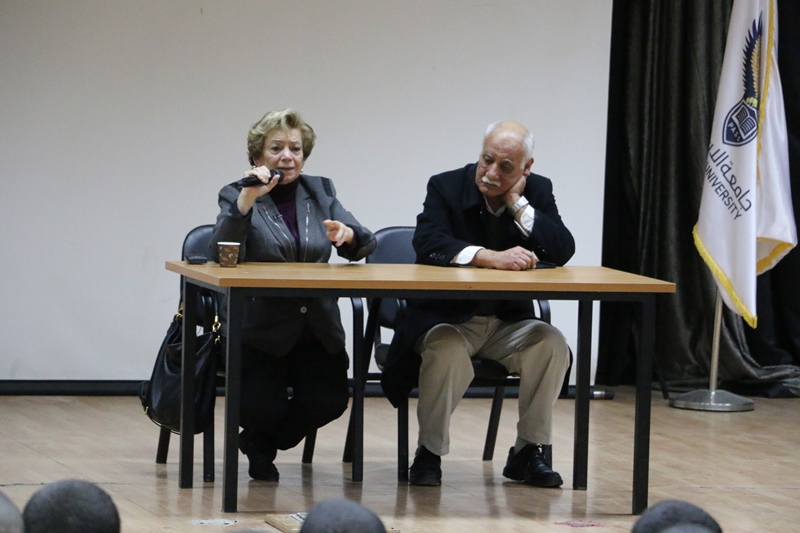 Finally, she described the last long day of her husband’s life in the national work whereas it led to the stone Intifada in Tunis. At the midnight, his life was terminated as a martyr when he was writing the fifth line of his letter to the unified national leadership when the Israeli forces broke into his house at the area “Sidi Bu Said” in Tunis. They used muffler to implement their crime against this great leader by shooting him 72 bullets in his body, but he left his print and intellectual work present at the school of the Palestinian national liberation movement FATEH. 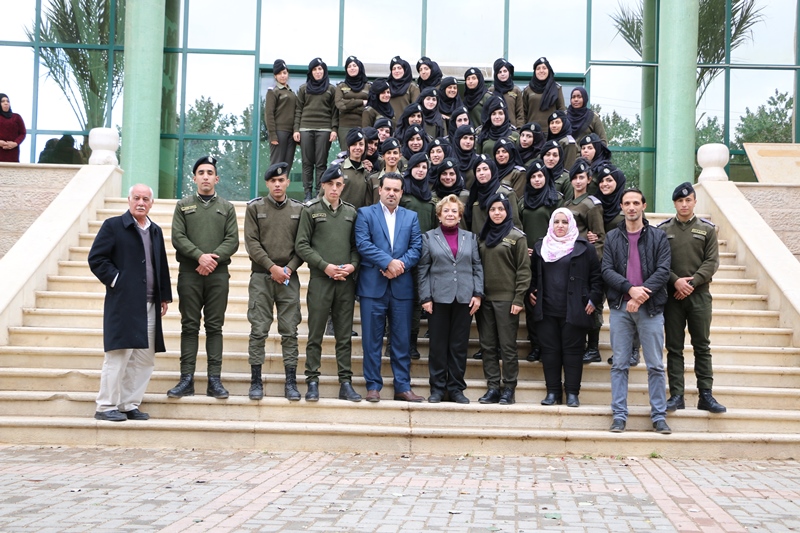