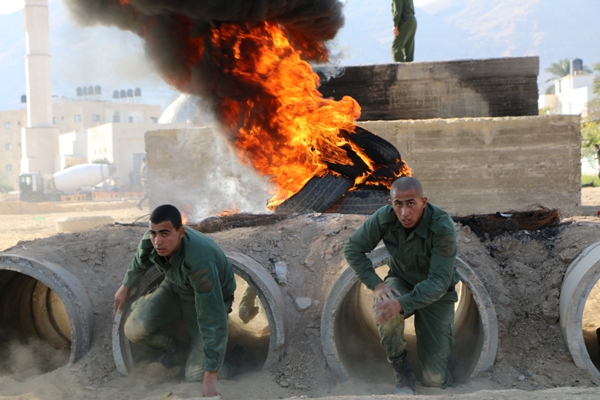 Four representative teams of all the academic levels as well as a female team participated in the competition and supervised by a team of officers, trainers and the military department of the university.

The competition was divided into two phases; the first phase is set for collective competition consisting of four teams represent the students from all academic levels; each team consists of 15 students and another five reservists. They competed in crossing barriers including creeping, high/ low jump, and passing fire rings within short time with no chance to err. The second phase included two teams consisting of four female and male cadets representing their academic levels.

At the end of the competition, the collective team of seniors won the first prize then the sophomores won the second prize. As for the individual competition, the result of the competition was the following: the sophomore Mohannad Sawalha won the first prize, the fresher Mohammad Jum’a won the 2nd prize the while the senior Rawand Alghoul won the 1st  prize and the junior Saba Al-Helew won the second prize.

This event was organized for the first time of its kind as well as organizing several events along the academic year.