His Excellency Major Gen.Tawfiq Tirawi Welcomes a Delegation from the Palestinian Broadcasting Corporation 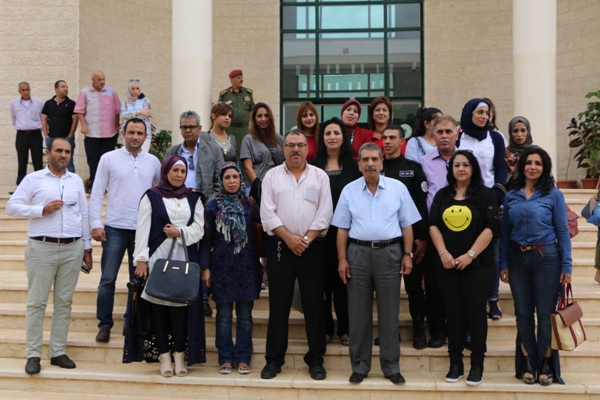 His Excellency Major Gen. Tirawi presented them a brief introduction about the work of the University and the educational and academic journey of the students during the four- year study, and how to build and qualify the student's personality until s/he becomes an officer applying the system and law.

He pointed to the difference between affiliation and loyalty, and how to strengthen them with homeland not with people because homeland remains and people leave.

Before ending the meeting, discussions and questions were opened about the university's majors and its outputs, and the university's efforts with the State’s institutions and related ministries.

Finally, the delegation was accompanied in a field tour to the facilities and faculties of the university in order to get a comprehensive image about the students' educational process, their daily lives and the continuous progress of the buildings and the fields.