The Palestine Academy Organizes an Introductory Meeting with Lecturers of Al-Istiqlal University. 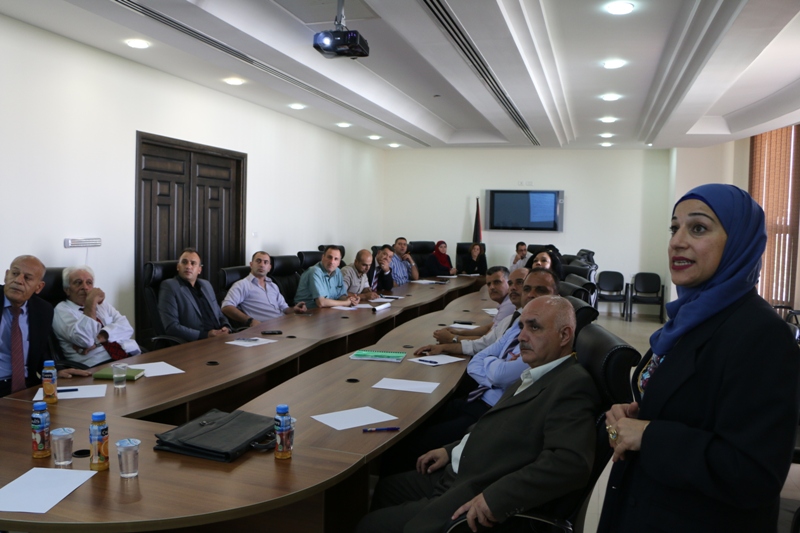 Al-Istiqlal University represented by vice-president for academic affairs. Dr.. Ghassan Al-Helow and the Dean of Scientific Research at the University, Dr.. Wa’el Abu Saleh, welcomed a delegation from Palestine Academy for Science and Technology and held a meeting with a number of academics and lecturers at Al-Istiqlal University concerning scientific research and external scholarships.

In turn, Dr. Wael Abu Saleh welcomed the representatives of Palestine Academy for Science and Technology praising the cooperation and the importance of this meeting which provides the necessary information for lecturers at Al-Istiqlal University, especially those who are interested in scientific research.

For her part, Rana Samara, the Dean of Scientific Research at Palestine Technical University "Kadoorei" and a member of Palestine Academy for Science and Technology, presented a summary about Palestine Academy and its objectives of developing and promoting science, technology and scientific research, as well as  developing networking and coordination between public and private local institutions and universities with equivalents in other countries.

She also talked about the partnership and cooperation between Palestine Academy and the Palestinian-German Science Bridge "PGSB", which aim to provide opportunities for Palestinian researchers and students to use centers, institutes and laboratories in “Pölich” centers in Germany for research in humanities and applied sciences with funding of up to € 2.5 million until 2021.

During the meeting, Rana Samara explained how to benefit from the Canadian-Palestinian Science Bridge, which aims to enhance the scientific research of students and researchers in the West Bank, Jerusalem and Gaza, to develop future joint research projects with funding of 1.1 million Canadian dollars for four years and 15 researchers annually in a set of fields .

At the end of the meeting, the discussion and questions were opened to the attendees and focused on the mechanism of progress and participation in research and how to benefit from these partnerships and cooperation.