The Team of Security Sciences Wins the Domestic Football League 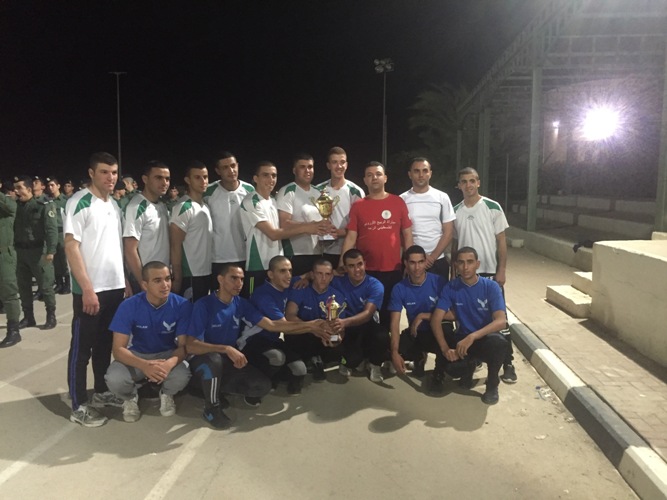 The Department of Activities of the Deanship of Student Affairs concluded its fifth internal football round. The final match was held by the team of Security Sciences Department- second year against the team of English Department - the fourth year. The match was ended by the former team winning; two goals against null (0-2).

The match was held in the presence of a crowd of university students, the director and staff of the Activities Department and officers of the Military Department at the University who distributed the cups on the won team in the league.

The fifth-year internal football tournament was attended by students from all majors at the University, divided into three groups (21 teams) on the basis of one-time knockout playing.