A Lecture on Palestinian Relations and National Security 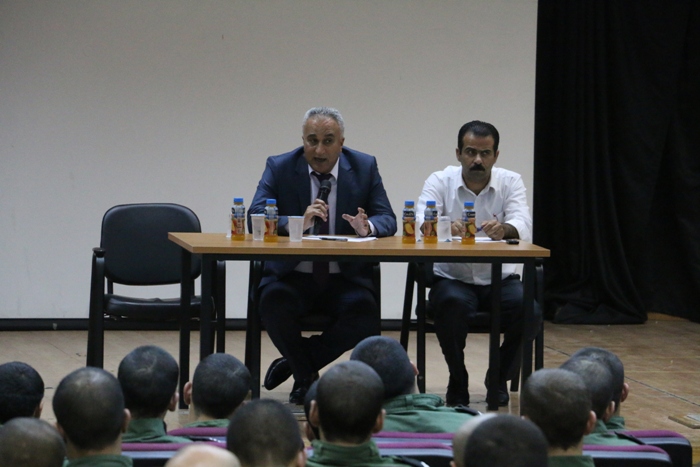 The Institute of Training and Development at Al-Istiqlal University organized a political lecture titled "Palestinian International Relations and the Palestinian National Security" by the Brigadier General Arif Saleh. The lecture was attended by the seniors of Security Sciences Department  at the University Theater.

His lecture started with introducing students to the establishment of the General Intelligence Service, its role in external security and its ability to access the necessary information on various security issues, specifically combating terrorism.

Concerning  the international protocol which combines Intelligence Agency with its counterparts in the world, Brig. Gen. Saleh explained that there are (70) security agreement governing the work of the agency with the intelligence services around the world. This leads to the integration of the work and accuracy of performance.

He explained the nature of the Foreign Affairs Department’s work in the General Intelligence Service in following up all Palestinian citizens, which is reflected positively on the security of the homeland and the citizens.

It is worth mentioning that the Institute of Training and Development, run by Majdy Serdah, organizes a number of activities and political lectures for students. These lectures lead to raising the cultural and cognitive level of students in addition to their contact with the institutions of the community.