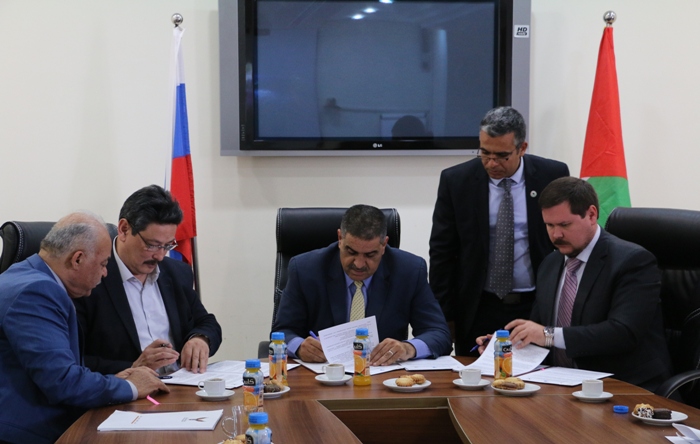 Dr. Abdel Nasser Qadoumi received the guests, and welcomed them on behalf of the Chairman of the Board of Trustees of the University HE Major General Tawfiq Tirawi. He  presented an overview of Al-Istiqlal University and the development of its academic program and administrative plan. The university always seeks to establish international partnerships with the State of the Federal Russia represented by its universities, and scientific and cultural centers.

He also gave an overview of the Klemik University, which was founded in 1970 and is attended by (8000) students. It was selected from the top 33 universities out of the total number of 700 Russian universities, and it has the task of preparing good graduates as well as developing the economy of the province of Klemik where 3,000 people live on an area of 370,000 km.

At the end of the meeting, symbolic gifts were exchanged, and commemorative photographs were taken. The guests were also taken on a field tour to explore the university's faculties and facilities.