Graduating the attendants of the Russian Language Course - the Advanced Level 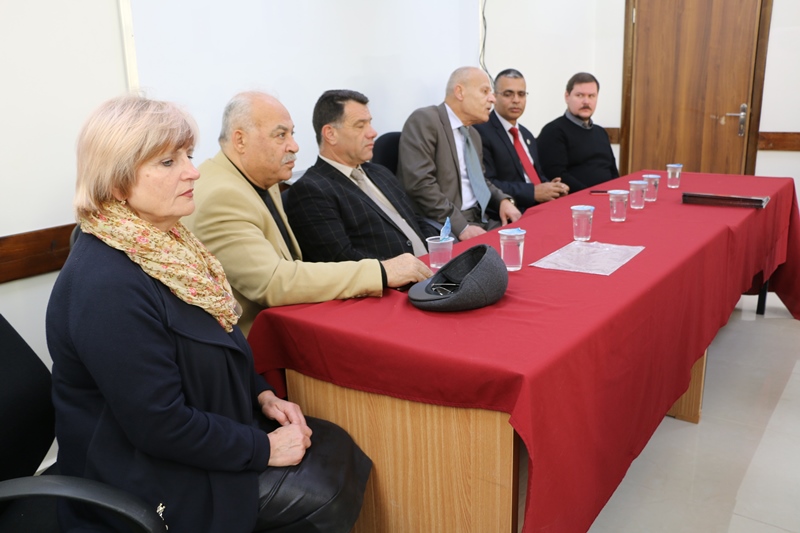 For his part, the responsible for Russian file at the university Dr. Mohammad Najajri welcomed the attendants, especially the lecturer Natalia Yurvia, who supervised the course. He talked about the advanced course for the Russian learners, which was lasted over three weeks with 36 training hours.

In turn, Natalia Yurvia expressed her happiness to give this course at Al-Istiqlal University, especially that the university means a lot for her and since her arrival in Palestine, she is in contact with the University Administration. With regard to the Russian language course, she said that it was implemented in cooperation with the Russian Faculty of Humanities in Moscow. She hoped further Future projects that promote Russian-Palestinian cooperation.

The speech of the graduates was delivered by Dr. Hazem Hroub who talked about the participants’ benefits from this course. He wished to repeat such courses. At the end of the graduation ceremony and the distribution of certificates, Major General Mohammad Haroun recommended that all students should be taught Russian language due to its importance at the international level.