The University Students Participate in the Walking Marathon in Jericho 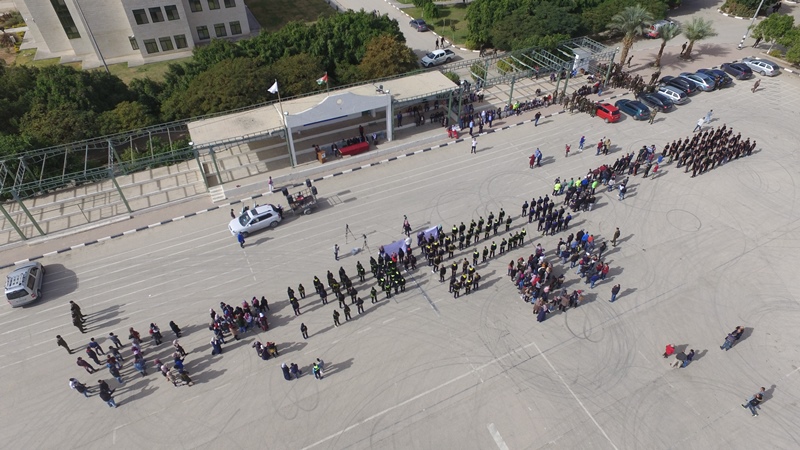 For his part, the Colonel Salman Taysir Abdullah, the Vice President for Military Affairs at Al-Istiqlal University, welcomed the participants in this marathon, stressing the rights of the Palestinian people to live a decent life in the shadow of an independent state with its eternal capital Jerusalem.

"The Israeli occupation continues to pursue its crimes and violations against the Palestinian people, depriving them moving freely and reaching the places of worship, as well as the confiscation of land and other aggressive measures of occupation," said Ali Al-Santarisi of the SHAMS Center for Human Rights and Democracy and one of the organizers of the marathon.

The marathon, which carried the slogan "Every Human Being is a Human Rights Defender", launched  from the campus of Al-Istiqlal University at 10 a.m on Sunday, reaching the oldest  tree in the world in the city center of Jericho, with a participation of hundreds of people.

It should be noted that Al-Istiqlal University participates in a number of events which are organized by the partner institutions in the governorate of Jericho and the local community on national, local and global occasions.