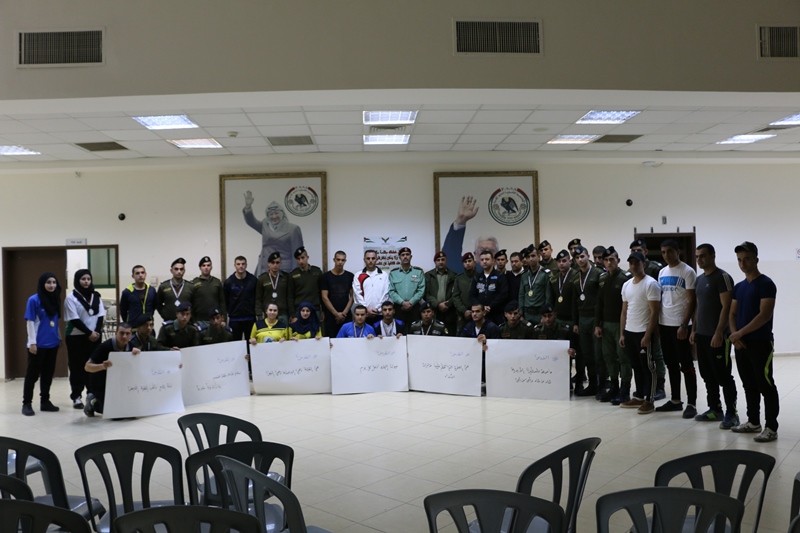 The final match of chess tournament was between the "Fourth Year A" team and the "Second Year B" team. The winner was the former team consisting of Osama Shayeb, Muhannad Sawalha, Malik Dudin, Hilal Bani Shamsa.

As for the table tennis tournament, it involved (20) players (16) males and (4) females from different academic years. It was carried out on the basis of knockout once, the final match was for the males including the students: Ahmed Mar’i from the third year and Ashraf Tamizi from the fourth year. The match ended in favor of Mar’i with a three-game to one, and he was the first winner in the championship.

As for the female championship, the final match included the following students: Shrouk Khattab and Malak Mansour, both are from the third year, and ended with the victory of the student Khattab with three games to one and she was the first champion of the match.

For his part, the Director of the Department of Activities, at the Deanship of Student Affairs, Shaher Naji, thanked all those who contributed to the success of this activity and the participating students. He said: "This activity coincides with what the city of Jerusalem faces from a fierce attack by the American administration and the Israeli occupation, especially the latter considered Jerusalem the capital of Israel. He said that Jerusalem would remain the capital of the State of Palestine.

At the end of the tournament, the winners were honored and were presented the gold and silver medals, in the presence of the Vice President for Military Affairs, Colonel Salman Tayseer Abdullah, the Director of Student Activities Shaher Naji, the Maj. Gen. Mujahid Yassin the director of the military department, the Commander of the Students' Battalion, First Lieutenant Issa Al-Titi, And an audience of university students.