Al-Istiqlal University Gets Advanced Positions in the Central Athletics Championship 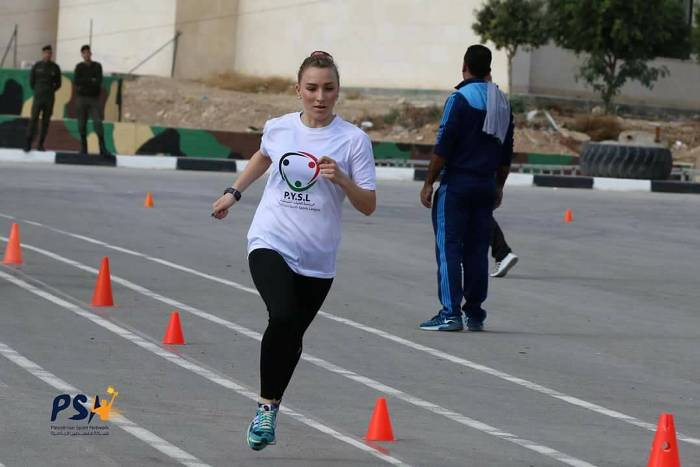 Al- Istiqlal University won the first and third positions after participating in three events during the 2017/2018 Central Track Athletics Tournament which were organized by the Palestinian Athletics Federation in coordination with the Department of Sports Activities which belongs to the Deanship of Student Affairs on the campus of Al-Istiqlal University.

The Military Department supervised the preparation and training of students who represented the University. Lieutenant Samed Hamad said that his department had made an effort in training the students to obtain the honorable result of the first place.

At the end of the tournament, the winners were honored with medals distributed in the presence of the Vice President for Military Affairs at Al-Istiqlal University, Colonel Salman Taysir Abdullah, the President of the Palestinian Athletics Federation, Mazen Al-Khatib, and a representative of UNDP.

It is noteworthy that a number of Palestinian universities and sports clubs in the West Bank and Gaza participated in the tournament with a total of 250 players, sponsored by the Palestinian Olympic Committee, with the support of the UNDP and the Japanese government.