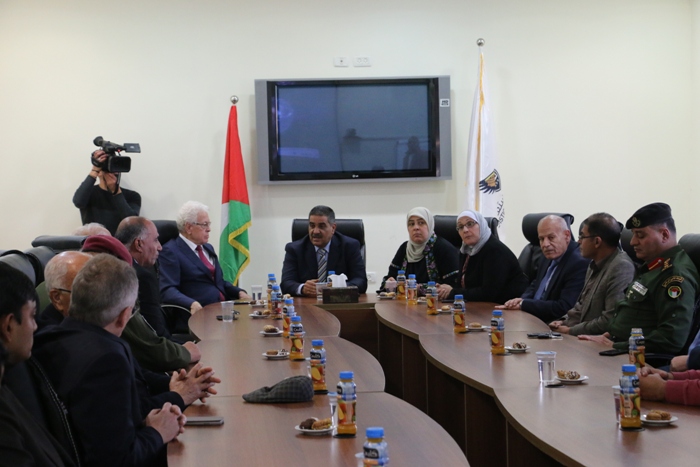 Saturday, Al-Istiqlal University welcomed the Palestinian businessman Mr. Hammad Harazeen who is expatriate in UAE and the governorate of the city of Ramallah, Dr. Laila Gkannam.

On behalf of the Chairman of the Board of Trustees, TawfiqTirawi, the President of the University, Dr. Abdel Nasser Qadoumi, welcomedthe visiting delegation, providing overview about the university and its academic and administrative development, in addition to the development of the buildings on the university campus. He also talked about the students and their life and the academic studying at the university.

On his part, the businessman Hammad Harazeen praised Al-Istiqlal University and its progress, confirming the necessity of the State’s interests in the security institutions as a main route of building the institutions of State of Palestine.

At the end of the visit, the president of the university presented an appreciation plaque to Mr. Harazeen, then he was accompanied in a tour to the facilities and faculties of the University.