A political Lecture on the Recent Trump’s Decision on Jerusalem 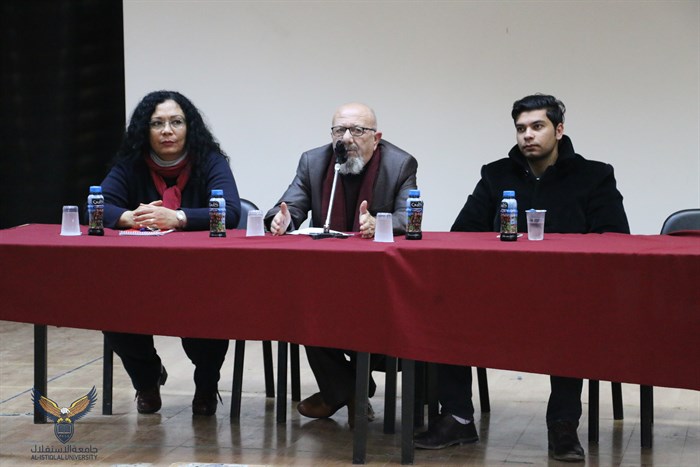 Monday, The Institute of Training and Development at Al-Istiqlal University organized a political lecture for the fourth year students from all disciplines entitled "Jerusalem and the Last Trump’s Decision and the Future expected Developments in the Palestinian Cause". The lecture was held at the University’s theater.

The lecture was held by Dr. Hayel Haroun, a lecturer at the University of Hebron. He spoke about the importance of understanding the history of Jerusalem in its historical, ideological and sovereign dimensions. He referred to the Arab-Israeli conflict which should be remained a political struggle, not an ideological one, because international resolutions unanimously agreed on the right of the Palestinians to an independent state with Jerusalem as its capital.

Dr. Haroun, talked about the recent decision of  the President Donald Trump to recognize Jerusalem as the capital of Israel. He proposed to face this decision at the national level through achieving the national unity and establishing a unified political system. As for the international level, he called for permanent and continuous diplomatic work through international institutions as the Security Council, the European Union and the African Union.

He concluded his lecture by clarifying the tasks entrusted to the Palestinians, which are rooted in the national land on the 1967 borders under the wise Palestinian leadership and the rational government.