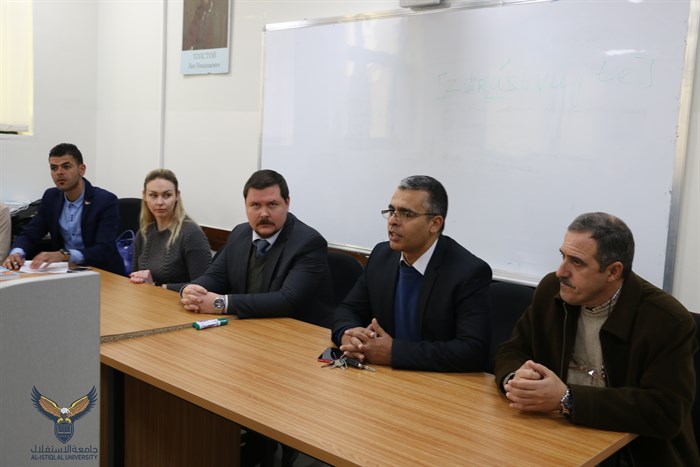 In turn, Dr. Mohammad Najajrah, the official representative of the Russian file, said that the aim of the Russian Center is to organize the Russian language courses, in addition to the future strategic plan to turn it into a center for Russian and Palestinian studies and research. As well as adopting the specialization of Russian interpretation and translating books from Russian into Arabic in order to strengthen the Palestinian-Russian relations in various fields.

For his part, the Director General of the Russian Center for Science and Culture, Alexander Sorkin, thanked the administration of Al-Istiqlal University for its contribution to developing the Russian-Palestinian relations and the dissemination of Russian culture. He also pointed to the scholarships to study at the Russian universities, as well as joining summer schools to strengthen the Russian language skills and its practice.

The Russian Center is running out a series of courses in Russian language for the staff of the university and a number of community employees during the scholastic year, which is reflected on the Palestinian-Russian relations.