The Inauguration of the Qualifying Course for Ibrahimi Mosque’s Guards 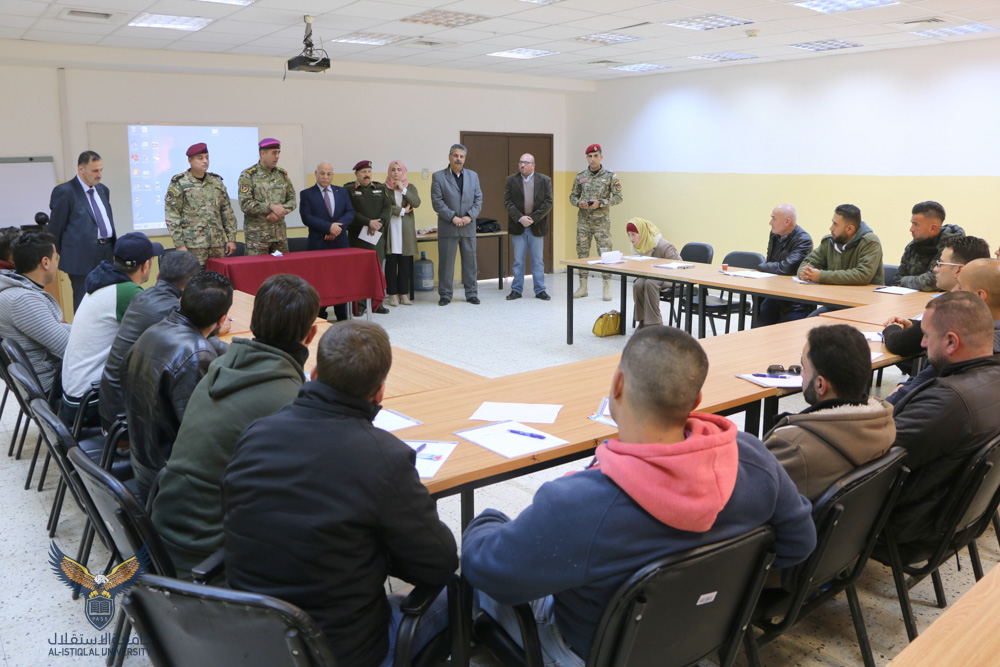 The Vice-President of Al-Istiqlal University for Military Affairs Col. Salman Tayseer Abdullah inaugurated the training course of the Ibrahimi Mosque in Hebron in cooperation with the Political Guidance Department, the Ministry of Awqaf, National Security Forces and Al-Istiqlal University under the supervision of the Training and Development Institute, on the 2th of February 2019.

Col. Abdallah welcomed the attendees on the behalf of the University President. Also he announced the opening of the training course which will be held for a week, stressing that Al-Istiqlal University will provide all of its resources in order to qualify the Ibrahimi Mosque’s guards in the city of Hebron in relation to the Israeli arrogance over the holy sites.

Furthermore, the Vice President of the University for Military Affairs noted that this is the first course offered by the Institute of Training and Development to individuals outside the Palestinian security establishment. Also he said “ This course comes under the special interest of Al- Istiqlal University towards the holy places, especially the Ibrahimi Mosque” wishing a good stay and benefit for all the members in the training course.

In turn, the General Director of Training in the political guidance, Col. Mahmoud Abdul Rahman stressed the major goal of the course which is to meet the needs of the Ministry of Awqaf and Religious Affairs which is raising the awareness of its members in the double protection of both homeland and holy places, especially that this course contains many different skills to deal with the public.

Finally, Mr. Adeeb Al-Ashhab, The head of the Haram al-Ibrahimi Mosque and the instructor of the training course, and on the behalf of the Ministry of Awqaf said that this course comes in the context of providing the best services to the public in view of the negative situation surrounding Al-Ibrahimi Mosque due to the the Israeli occupation procedures.