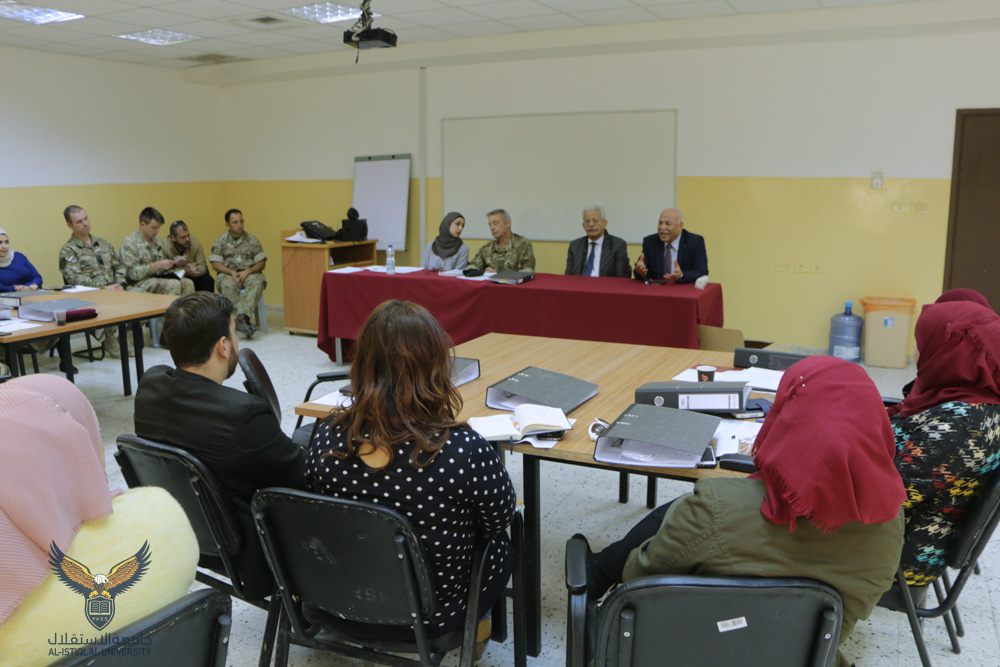 Prof. Dr. Abu Osbaa expressed his happiness for the second phase of the training which includes academic and military aspects at the University of Istiqlal, praising the officers of the British support team for their efforts which are based on new scientific methods.

The President of Al- Istiqlal University addressed the trainees to take into account of their great responsibility due to the challenges facing our people daily by the Israeli occupation and linking it to their role in qualifying the students who will be the next leaders for the Palestinian Security Establishment.

From his part, the Team Leader, Simon Kirby, welcomed the attendees and said that the trainees will be selected in the second phase for the TOT training course in the next two days, wishing all participants a real benefit.

In a related context, Mag. Gen. Mohammad Haroon said that such courses provide the trainees with the full capacity to qualify students at the University through having different characteristics, styles and skills before making any decision, noting that this is the first course which included academic and military personnel at Al-Istiqlal University.

It is noteworthy, that Al-Istiqlal University signed an agreement with the British Support Team, which belongs to the British Consulate, and it included a number of academic projects and training courses in August 2018 for three years.