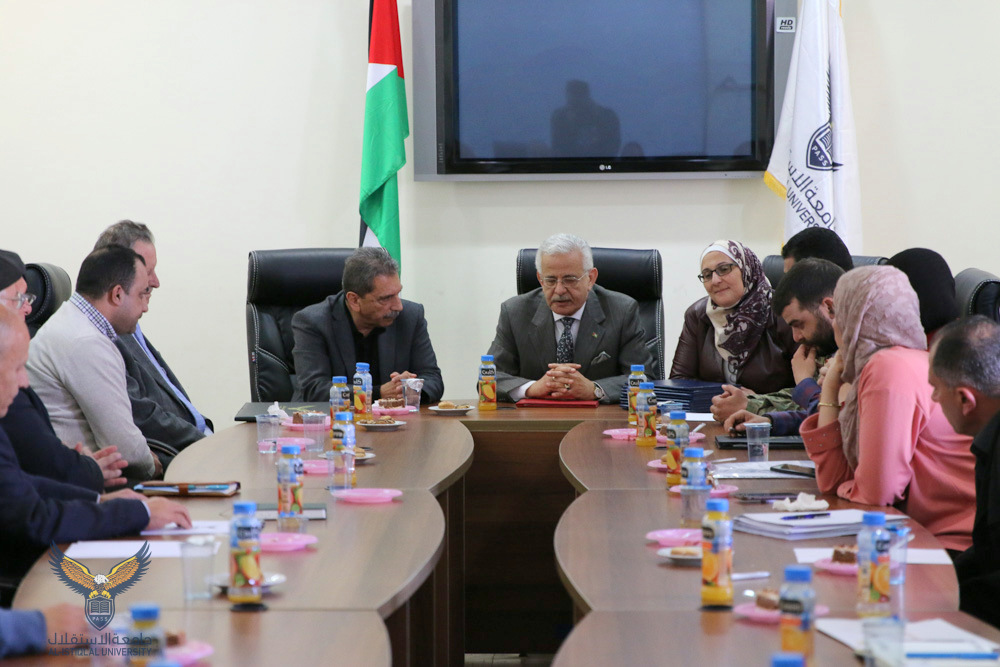 HE Mag. Gen. Tawfiq Al-Tirawi, the Chairman of the Board of Trustees, and Prof. Dr. Saleh Abu Osbaa, the President of Al-Istiqlal University, honored the former deans and directors of the colleges and centers who completed their term in the recent academic session, in the presence of the Vice Presidents for the Academic, Administrative and Military Affairs, members of the Deans’ Board and Departments’ Directors during the opening of the weekly session of the Deans' Council on Monday 4th of February 2019.

HE Maj. Gen. Al-Tirawi praised the efforts of the former deans and directors, their collective work with the presidency and management of the University, which has become the focus of admiration of all who see or hear about it, expressing his pride in the former and the current workers, and all who contributed and had a touch in the elevation of Al-Istiqlal University.

Furthermore, Prof. Dr. Abu Osbaa talked about the achievements of the former deans and directors of the centers. He said “The development of Al-Istiqlal University was not today, were it not for anyone who has a previous or current position”, wishing success to the previous and the current deans and managers.