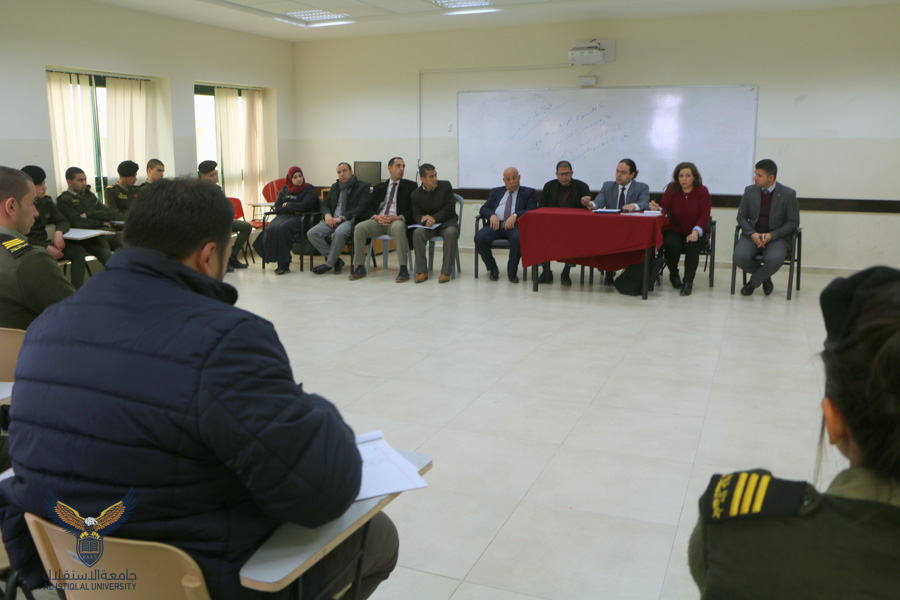 The Legal Clinic in Al- Istiqlal University, which is affiliated with the Faculty of Law, organized a lecture entitled "Criminology and its implementing mechanisms" presented by the American professor Reynaldo Ortiz-Minaya for the students of the third year, in the presence of Dr. Nezam Salahat, the Dean of Law Faculty, Mr. Karama Faraj, the Head of Legal Clinic Department, two lecturers from the College and Maj. Gen. Mohamed Haron, the Director of International Relations, on Saturday 16th of February 2018.

Dr. Nezam welcomed Prof. Reynaldo and stressed the importance of this academic meeting with an international academic character and provided a brief description of the scientific life of Prof. Reynaldo, calling the students to benefit from the information provided during the lecture.

The American professor talked about scientific research and how he got benefited during his 20-year career, citing figures on crime in the United States and the percentage of prisoners who reached more than 20% of the total population, so 68 million Americans imprisoned each year for various crimes and issues .

Finally, he addressed the students, from the Department of Criminology at the Faculty of Law, on the importance of being knowledgeable about crime’s facts, its types, police sciences and working on reducing it. Also, he gave a detailed explanation of the crime, both organized and unorganized, especially on the racial and women discrimination.