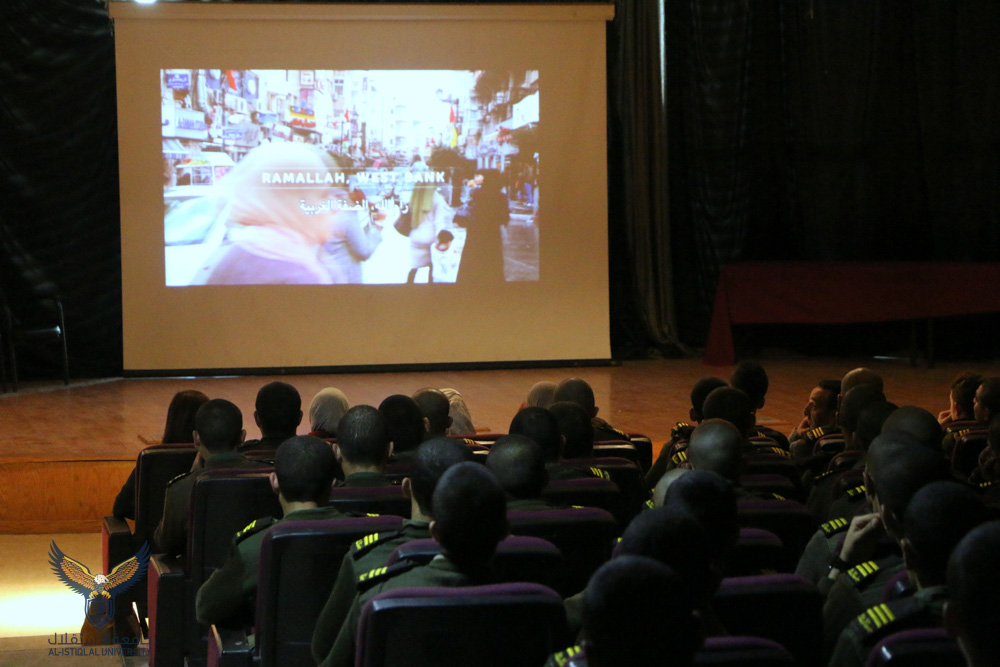 The Palestinian producer Ms. Rola Salama showed the film “Naela and the Intifada” for the students at Al- Istiqlal University, which is produced by her and implemented by “Just Vision” Foundation, in the presence of Dr. Rajaa Sweidan, the Vice President for the Administrative Affairs, Dr. Salwa Ramadan, the Dean of Student Affairs, Ms. Alaa Shanti, the Director of Media and Public Relations and a number of University staff at Sheikh Hazza Bin Zayed Al Nahyan Theater, on Tuesday 19th of February 2019.

Dr. Salwa Ramadan welcomed Ms. Suliman on behalf of the University president and his deputies, presented her to the students through shedding the light on her professional and media life and praised her latest film "Naela and the Intifada", wishing to benefit the students by looking at an important era of our history (the first Intifada).

For her part, the Palestinian producer thanked Al-Istiqlal University for her reception and giving the chance for showing the film. She said “This film summarizes the role of Palestinian women in the first intifada”. The first showing of the film was at “New York Documentary Film Festival”. Also it was shown in Netherlands, Lebanon, Jordan and the UAE.

Furthermore, the story of the film presented the women's movement that led the Palestinian struggle for freedom. It used expressionist animation, extensive interviews and exclusive footage from the archive. It tells the story of the extraordinary march that Naela Ayesh conducted with a group of women in the first intifada in the late 1980s.

Finally, the film was directed by the award-winning filmmaker, creative director of Just Vision Ms. Julia Basha who produced Budrus and co-directed Harati, and produced by Ms. Rola Salama, the director of mass communication and education at Just Vision.