Completing the Second Phase of the Student Leadership Course 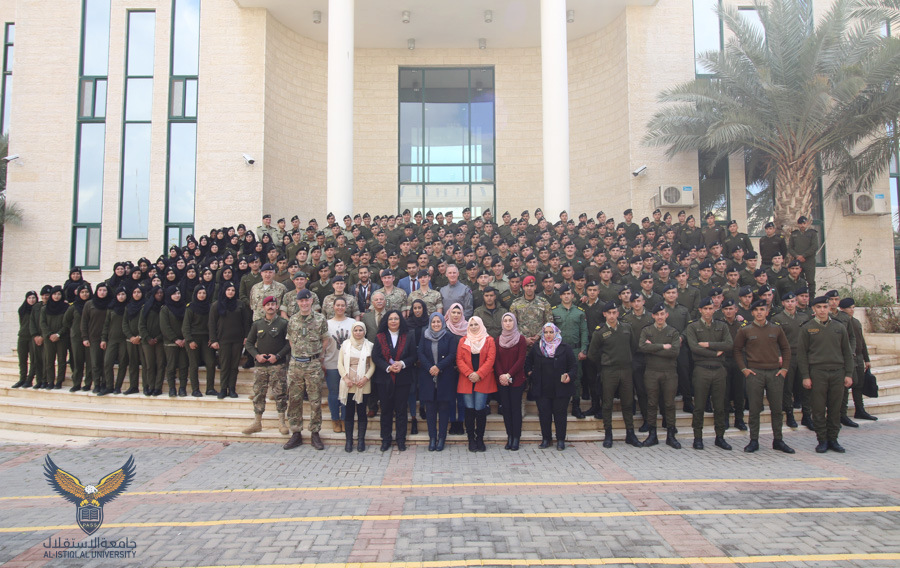 The Palestinian team of Al-Istiqlal University with the British support team completed the second phase of the "Leadership Course" which was launched at the beginning of the second semester for the second year students that came as an implementation of a bilateral agreement between Al-Istiqlal University and the British in the presence of Mag. Gen. Mohamed Haron, the Director of Leadership Training, Maj. Shawn, the British Trainer Group, and the trainers of the two teams at the theater of the University, Wednesday 27th of February 2019.

Maj. Gen. Mohammed Haroun thanked the Palestinian team which led the second phase of the course for its excellence in working with the British support team, especially with the presence of translators

Also, he spoke to the students who participated in the leadership course asking them: "To translate the exercises and instructions they received during their career in the Palestinian security institution after graduation", hoping that the outputs of the course be as planned.

The course included lectures on the modern leadership methods with various exercises inside the campus. The course is divided into five phases and three-year levels, at the beginning of each semester for second year students from all disciplines.