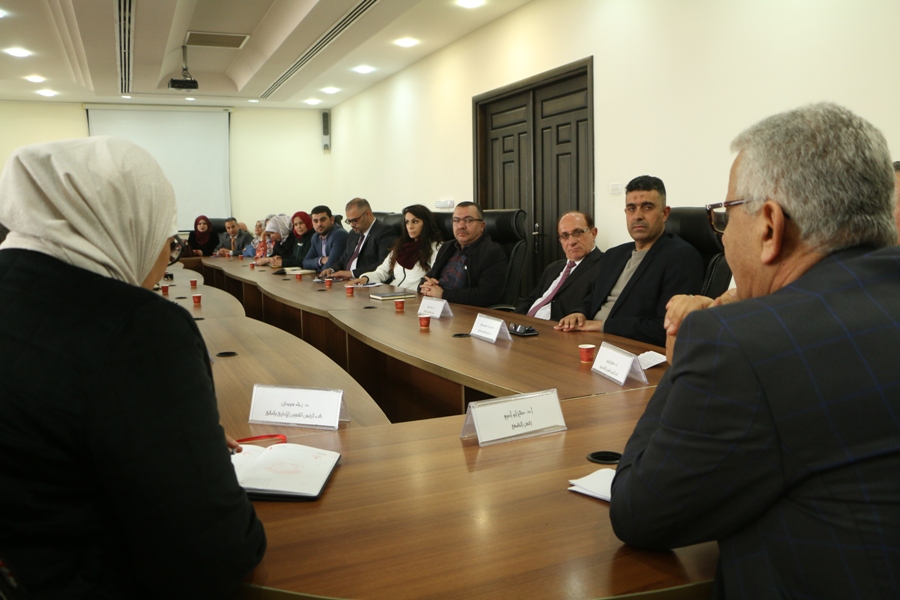 Al-Istiqlal University recently recruited, Prof. Dr. Nezam Al Abbasi as a Dean of the Faculty of Humanities and Dr. Hamdan Taha as a Dean of the Scientific Research, who began their work since the start of the second semester.

Prof. Dr. Saleh Abu Osbaa, the President of Al-Istiqlal University, congratulated the new deans, and said: "Dr. Nezam Al Abbasi and Dr. Hamdan Taha are specialized scientific competencies in the Palestinian history and the Palestinian cause", hoping to make a quantum leap at the academic level in the University and wishing them success in their work.

Furthermore, he taught in a number of Palestinian and Arab universities, in the field of modern and contemporary history, for both bachelor's and master's programs, supervising a large number of Master researches in the field of history, in addition to his interests in the history of the Palestinian cause, and the comparative, political, economic history.

Dr. Abbasi received a number of scientific scholarships and contracts, participated in the various seminars, conferences and scientific researches, aside from his membership in the local, Arab cultural, charitable organizations and committees, besides the scientific awards, honors and certificates of appreciation from the different universities, local and Arab institutions.

Dr. Taha worked in a several Palestinian universities as a teacher and an academic researcher, beside a position as coordinator of many private and governmental research centers, and a candidate for more than one national and international prize in the field of archeology.

Moreover, Dr. Taha served as Undersecretary of the Ministry of Tourism and Antiquities in 2013-2014, contributing in the publication, writing and translation of many archeological researches and works, transferring the Palestinian heritage abroad, as well as providing the Palestinian and Arab libraries with the original and translated works to raise the cultural level of different groups in the Palestinian society.

Finally, Al-Istiqlal University, headed by Dr. Saleh Abu Osbaa, seeks to bring the scientific-specialized cadres and competencies in all fields, to raise the scientific and academic level of the University and the students at the local and global level, knowing that the University has a membership in the Union of the International, Arab and Islamic Universities.