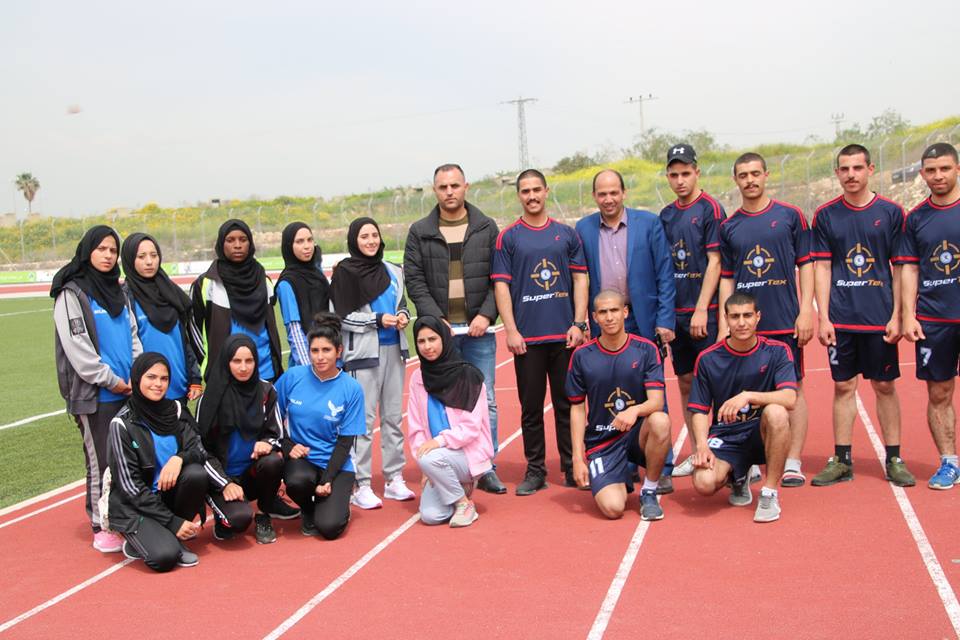 The University of Al-Istiqlal won the third place in the overall level of males and the fourth overall female level in the Athletics Championship Track for the Palestinian universities, which was held on the ground of Khaduri University, on Sunday 24th of March 2019.

Mr. Shaher Naji, the Director of the Activities Department which is affiliated with the Deanship of Student Affairs, said that the students of Al-Istiqlal University were distinguished in the championship, and the event was characterized by honest competition and a high spirit of sport, congratulating the outstanding students, especially the female students Omneya Shaher Sada and Roba Nijem Yaseen who were chosen for the national team in the Palestinian Athletics Union and they will be trained by a special coach from the Union.

Finally, the students who participated from Al-Istiqlal University in the championship were: