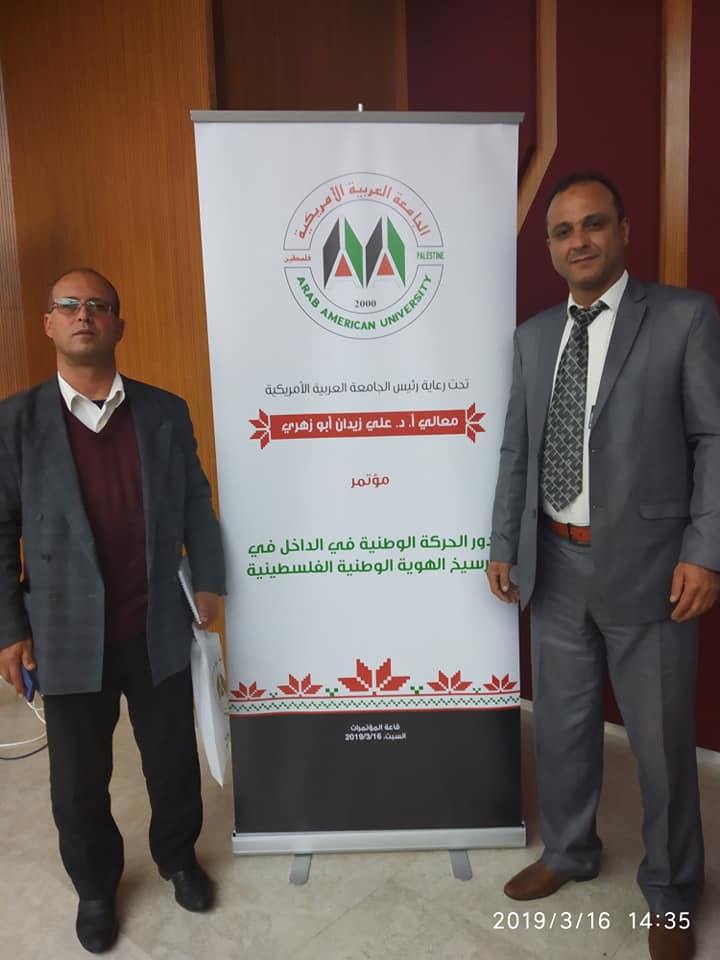 Dr. Yasser Abu Hamed, from the Department of Security Sciences in Faculty of Humanities, participated in the conference of "The National Movement in the Occupied Palestinian Territories in 1948 for the Consolidation of Identity" which was held at the Arab American University in the city of Jenin this month.

Prof. Dr. Nizam Al Abassi, the Dean of the Faculty of Humanities, praised the participation of the College in that conference, saying that the policy of the College is to encourage its members in the fields of scientific research and attending such conferences which serve the Palestinian cause.

Furthermore, Dr. Abu Hamed presented a study in the conference entitled “The Palestinian National Identity of 1948 in the face of Israeli racist laws: the law of nationalism as a model", saying that his study concluded with a range of options to confront the repercussions of the Israeli racist laws on the Palestinian national identity at the level of the Arab Palestinian people in general and its impact on all Palestinians.

Finally, Dr. Faysal Sabaana, lecturer at the Faculty of Law, participated in the event, discussing the role of the Arabic language in the embodiment of the Palestinian national identity and his participation sparked an interaction and discussion as a prelude for the visit from a delegation of academics, from the Palestinian occupied territories, to Al-Istiqlal University for completing the discussion and dialogue.