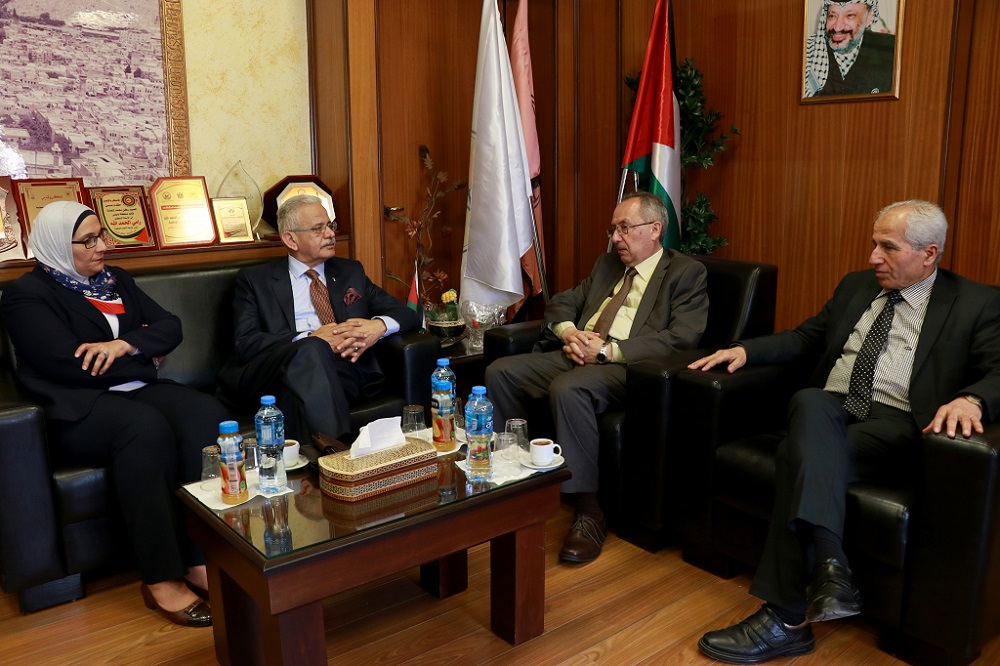 Prof. Dr. Abu Osbaa praised the distinguished relations between the two Universities, mentioning that the aim of this visit is to promote and develop the scientific relationship, for serving the educational process by establishing joint programs, explaining the future projects of Al-Istiqlal University at the structural and scientific levels which will be implemented in the coming years.

Furthermore, Dr. Sweidan gave a brief explanation about the nature of the administrative and academic work at Al- Istiqlal University and its security and military privacy which made it not resemble other Palestinian universities, besides its national considerations.

For his part, Prof. Dr. Al-Natsha expressed his happiness at this meeting, stressing his University readiness to exchange the scientific and academic experiences, at all levels, with Al-Istiqlal University. Also, he provided an explanation about An-Najah National University, its students and its academic and administrative cadres, mentioning the academic disciplines at the level of PHD programs, master's and bachelor's degrees, colleges and the scientific projects of the University.

During the meeting, the two parties discussed the working mechanism and its future plan, to meet the need of the Palestinian society amid the political challenges on the ground, and the need to maintain the work of the different institutions and the steadfastness.

Finally, Prof. Dr. Abu Osbaa gave a number of scientific books, authored by him, to the presidency of An-Najah National University, and received a souvenir in the presence of the delegations of the Public Relations and Media Departments in both Universities.