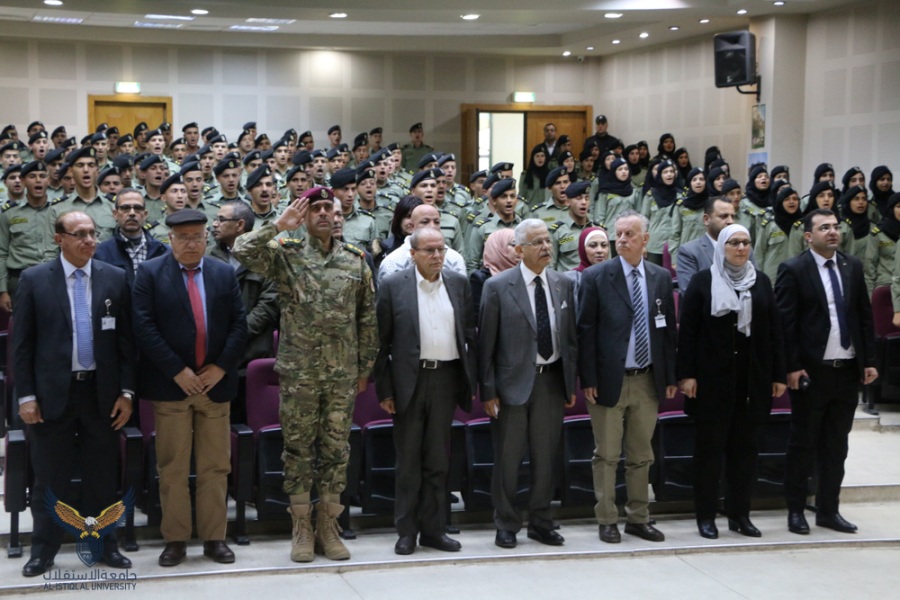 In a related context, Prof. Dr. Abu Osbaa said that the Palestinian prisoners defend the honor of the land and its capital Jerusalem, and that freedom is close, despite of the international conspiracies on our people and the issue of prisoners, greeting the Prisoners’ and Liberties Affairs Committee for its role and efforts in supporting the prisoners and their just cause.

For his part, Maj. Gen. Abo Baker gave brief about the history of the prisoner movement and its martyrs, who reached (218), as well as the suffering of the Palestinian male and female prisoners throughout history, regarding the years of detention, fines and the years of implementation, noting that the number of the patients among prisoners reached (700), with chronic diseases, and there are intractable disease cases such as the three prisoners Sami Abu Diak, Isra Jaabeis and Fouad Shobaki.

Moreover, the prisoner Abd Al-Fattah Dawla, who has been freed, praised Al-Istiqlal University in his speech and its interest in the issue of prisoners through the regular initiatives and activities, offering the suffering of male and female prisoners, the pressure, the repression by the prisons' administration and how they are facing that by great patience and challenge by resorting to an open hunger strike defeating the Israelis jails.

In addition, the student Amal, a prisoner freed after two years of detention talked about her experience in the Israile jails from the beginning of the arrest until her freedom with the hunger strike and all the protest measures taken by the prisoners to meet their demands.

Finally, the symposium included by poems describing the reality of life in prisons. In addition, there was a short documentary film with touching scenes depicting the occupation's oppression and cruelty with the prisoner since the beginning of his arrest and subjected to investigation, torture, individual and collective repression and naked searches.