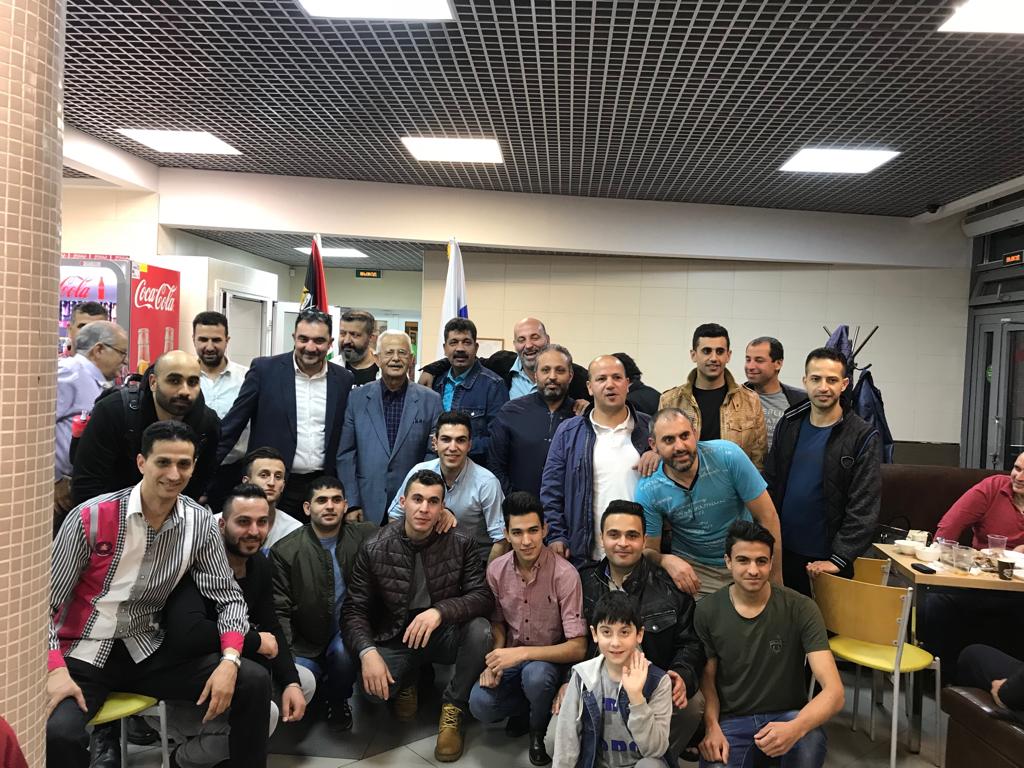 Dr. Maisara Idrees, the representative of the Palestinian community, welcomed the president of the university, praising the national and academic role of Al-Istiqlal University inside and outside the country.

For his turn, Prof. Dr. Abu Osbaa explained the reality of the daily suffering of the Palestinian people by the arbitrary measures of occupation, except the international conspiracies, especially the deal of the century, which cancels the Palestinian right for returning to their homes and the Arabization of Jerusalem, thus eliminating the Palestinian Cause of Palestine for the Zionists.

Furthermore, the President of the University stressed the Palestinian rights in having an independent state with Jerusalem as its capital, mentioning the absolute rejection of the Palestinian leadership for the deal of century and its consequences.

Moreover, Prof. Dr. Abu Osbaa clarified, for the Palestinian Community in Saint Petersburg city, the importance of the solidarity with each other and the necessity in communicating their parents in the homeland to support them, stressing the need to deal positively with the Russians to gain more sympathetic friends with the Palestinian national cause. .

At the end of the meeting, the President of the University praised the outstanding group of the Palestinian community which is consisting of doctors, engineers, academics, businessmen and university students, as well as students from the military training force, wishing them more success, harmony and love.