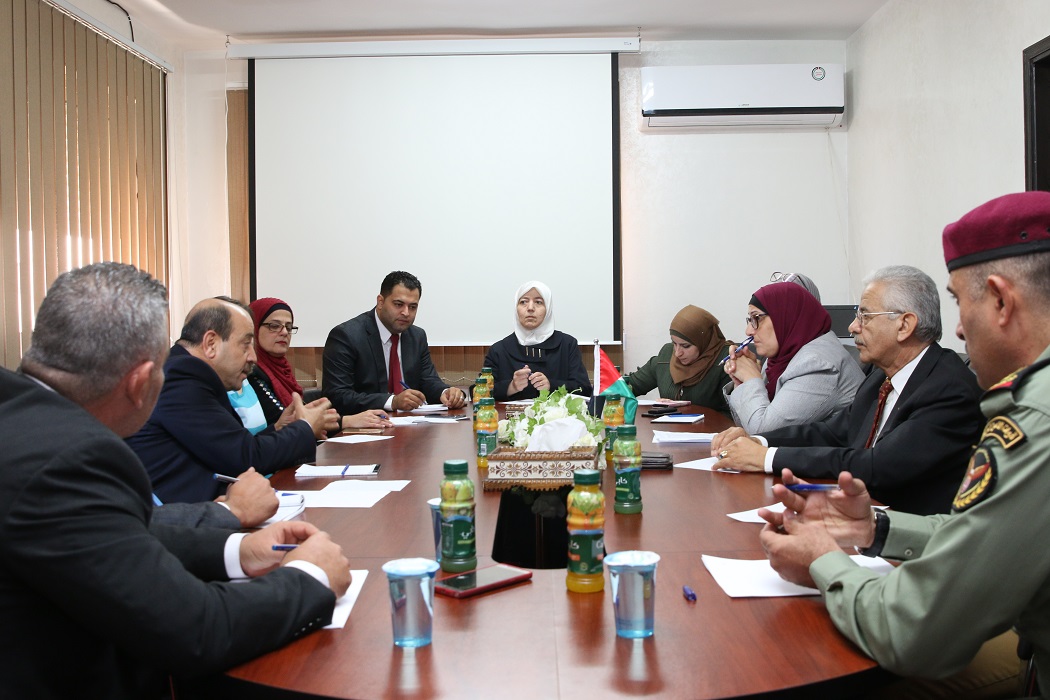 Prof. Dr. Abu Osbaa thanked Palestinian General Personnel Bureau for its cooperation with the University, indicating the structural of the University and its system, besides the latest actions and decisions which were taken, at the level of the administrative work, to become more balanced for serving the work atmosphere, pointing out

For his part, Dr. Abu Zayed welcomed the President of the University and the delegation accompanied him, explaining the importance of the structural, its crystallization and its role, in addition to the diversion of its interference because of its security and military aspects, mentioning the importance and the uniqueness role of Al-Istiqlal University in building our country.

Moreover, Dr. Sweidan clarified the bases of the new structural, which was recently adopted by the Deans Council, besides the change of the old structural, to ensure the development of the University and support the Academic and Administrative staff.

It is worth mentioning that Al-Istiqlal University, in cooperation with the Palestinian General Personnel Bureau, will hold a workshop inside the campus of the University on November 19th, to discuss the common themes, the future vision, and the ways of cooperation.