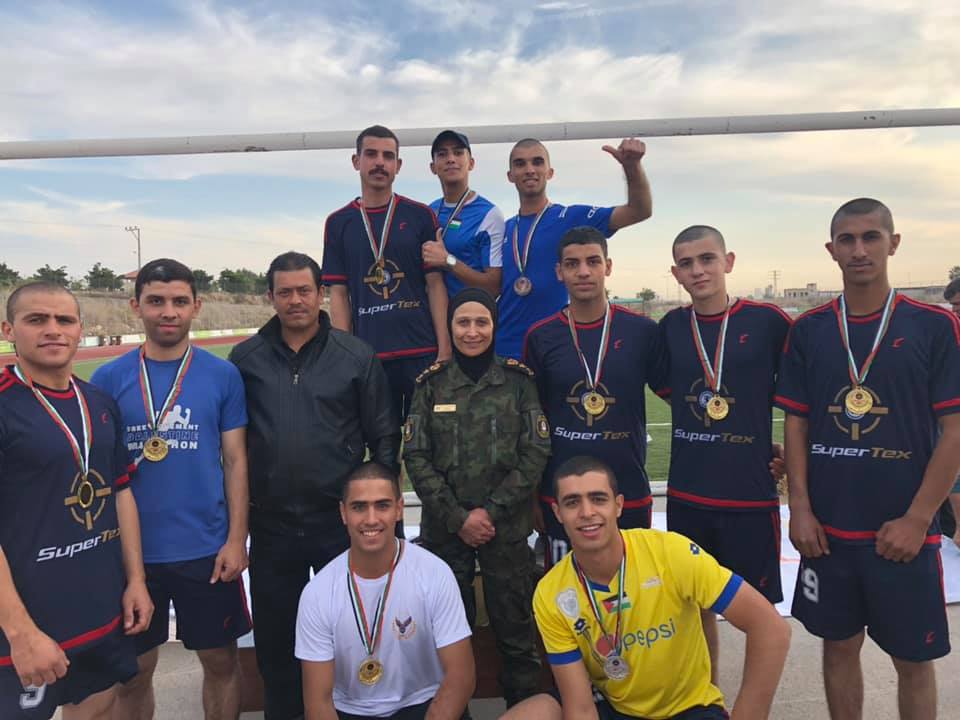 Al-Istiqlal University students participated in the Central Forces Games Championship, which was organized by the General Union of Military Sports with the participation of the Palestinian Security Services of the different governorates of Palestine, at Khadouri University, on Sunday 24th of November 2019.

The championship was opened by Col. Amal Khalifa, the Director of Military Sports, welcoming the participants, thanking the leadership of Tulkarm and Khadouri University for their cooperation and for their hosting the first championship of its kind in the field of military sport, noting that the military sport has international and Arab merits at the level of athletics, confirming that this championship is a real opportunity for all talents and top-ranked players to represent Palestine in the World Military Athletics Championships.

Finally, the Deanship of Student Affairs at Al-Istiqlal University explained the importance of the students’ participation in the various activities and fields, mentioning that they are preparing for the Central Universities Championship which will be organized by the Palestinian University Sports Federation in the second semester.