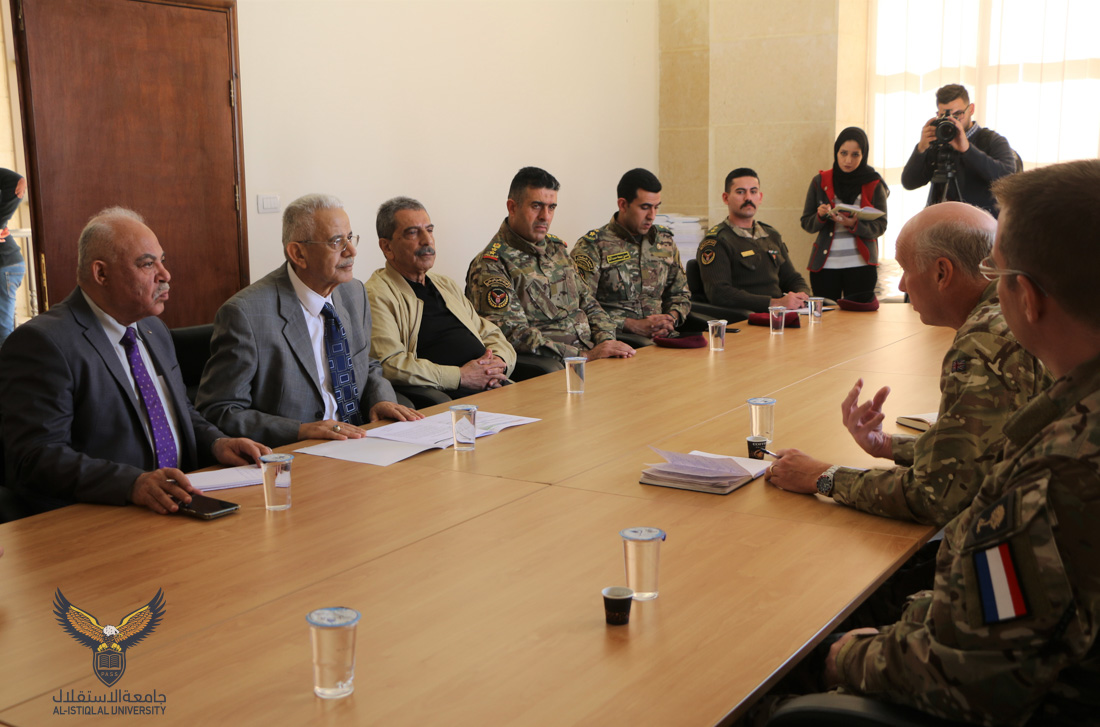 Maj. Gen. Dr. Al-Tirawi praised the efforts of the training staff in building the personality of the officers by providing them with the different experiences which promote the skills of the academics and the students, pointing out the integrated relations of the Al- University with the Military Training Authority and the cooperation in training the students before and after graduation, explaining the importance of the partnership with the British Support Team and its assistance in completing the leadership program which works in implementing the balance between the academic and the military sides.

Furthermore, Prof. Dr. Abu Osba, the President of the University, welcomed Brig. Gen. Gibson and the delegation accompanied him, expressing his happiness in the cooperation with the British team. This meeting was held to study and organize conducting leadership courses for the next year 2020, mentioning the importance of this program which prepares and qualifies young leaders at Al-Istiqlal University.

For his part, Brig. Gen. Gibson praised the efforts of Al-Istiqlal University and the Military Training Authority, pointing out that the University will achieve success in the Arab world, explaining the importance of the balance between the academic and military sides, praising the remarkable progress in the leadership program for the students and workers, wishing to support the team to finish the program well.

It is noteworthy to mention that Al-Istiqlal University and the British Support Team are working in joint programs and courses within a three-year bilateral agreement.