Lady of the Earth Foundation honors Dr. Saleh Abu Osba as the Academic Figure of 2019 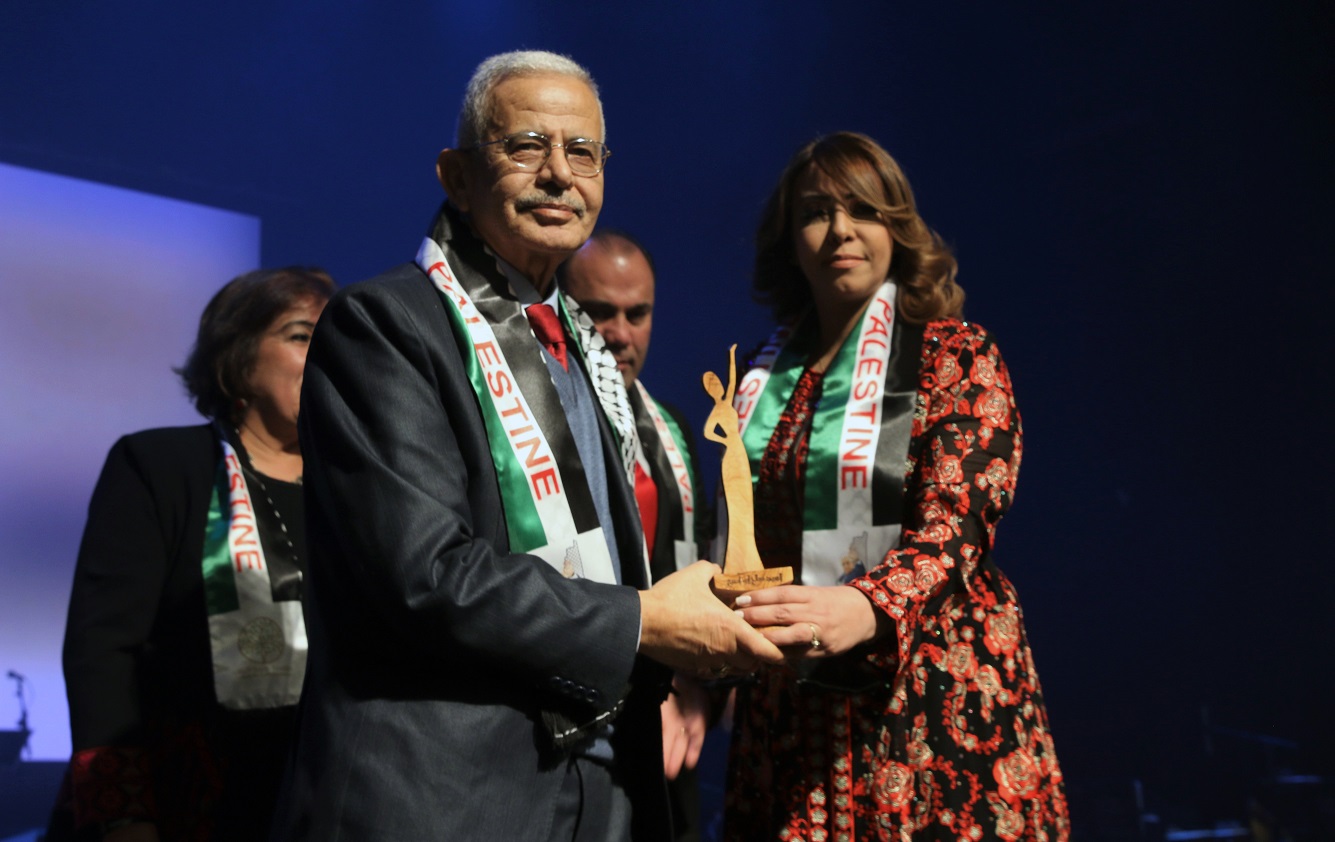 Under the patronage of President Mahmoud Abbas, in the presence of an Arab and international attendees, the Lady of the Earth Foundation honored Prof. Dr. Saleh Abu Osba as the Academic Figure of the year 2019 through an official ceremony held at Ramallah Cultural Palace, on Friday 20th of December 2019.

Prof. Dr. Abu Osba expressed his pride with this honor, thanking the Lady of the Earth Foundation, saying “I’m very happy to be honored in my homeland, and we will continue to strive with science until achieving the state and its capital Jerusalem.”

For his part, Dr. Ahmed Majdalani, the Honorary President of the Lady of Earth Foundation, said: "This initiative aims to honor all of our people in the different places, besides the friends of Palestine in the world, to deliver the loyalty of the Palestinian people to their children and friends."

Moreover, Dr. Majdalani launched the initiative of planting One million olive trees, which will begin tomorrow, Sunday, in the cemetery of the Arab Martyrs in the city of Nablus, and this activity will continue until reaching all the governorates of Palestine, stressing that the Palestinian people will remain steadfast on their land despite the occupation.

To know about the Academic and Scientific achievements of Prof Dr. Saleh Abu Osba, the President of Al-Istiqlal University, Please visit the following link: