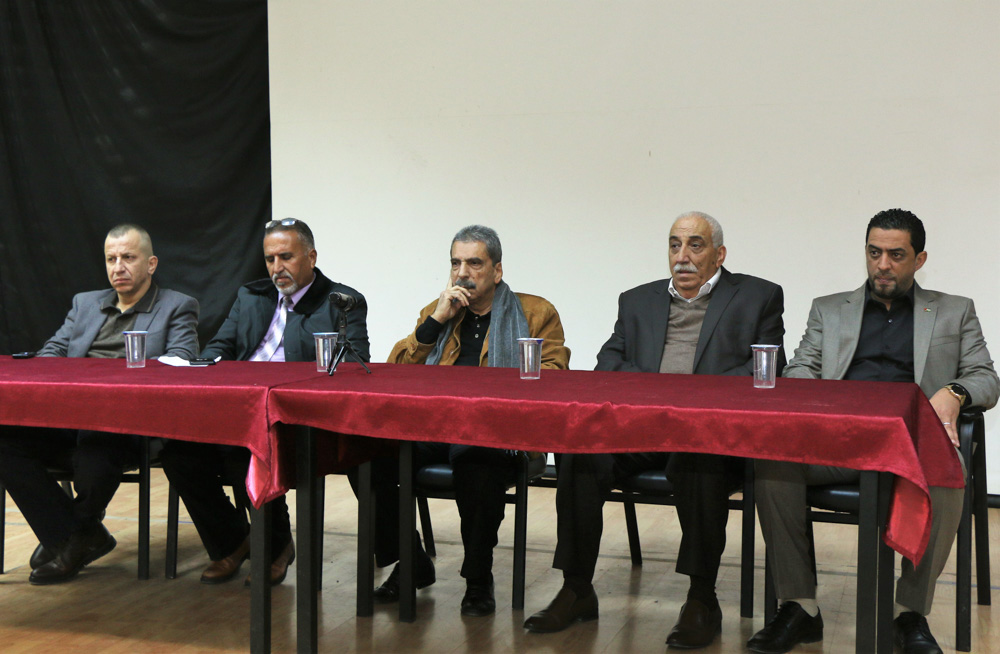 Maj. Gen. Dr. Al-Tirawi, in his speech, welcomed the attendees, congratulating the Palestinian people of the anniversary of the fifty-fifth Fatah movement Palestinian revolution, saying: "The Palestinian people are striving and will strive another hundred years because this land is a holy land until the last day of life."

Furthermore, Maj. Gen. Dr. Al-Tirawi thanked the teachers for their efforts, pointing out that teaching profession is one of the most honorable professions, because it has a clear impact on students and society in all of its categories, saying: “You who teach sacrifice and redemption, and you are the trustees of Palestine over its children, and you are the people who lead the generation for its freedom."

For his part, Mr. Abu Al-Asal praised the conference, Jericho governorate, and its teachers, congratulating the attendees on the anniversary of the launch of the Fatah movement and the New Year, thanking Dr. Balawneh for his remarkable efforts in the directorate and its teachers, appreciating the teachers for their constructive efforts in building a qualified generation.

Moreover, Dr. Balawneh expressed his pride in Jericho Governorate and its achievements, as well as their creativity in the educational field, thanking the General Union of the Palestinian Teachers for conducting the conference which embodies the values of democracy.

In conjunction, Mr. Nojoum thanked Maj. Gen. Al-Tirawi for receiving and reviving the activities of the conference, and supporting the teachers to promote the Union, explaining the main objective of electing the Secretary of the Federation of Teachers.

Al-Istiqlal University, upon the recommendation of the Chairman of the Board of Trustees, works in hosting and embracing the Union and the educational activities, to achieve the goals of the local community organizations, unions, and associations.