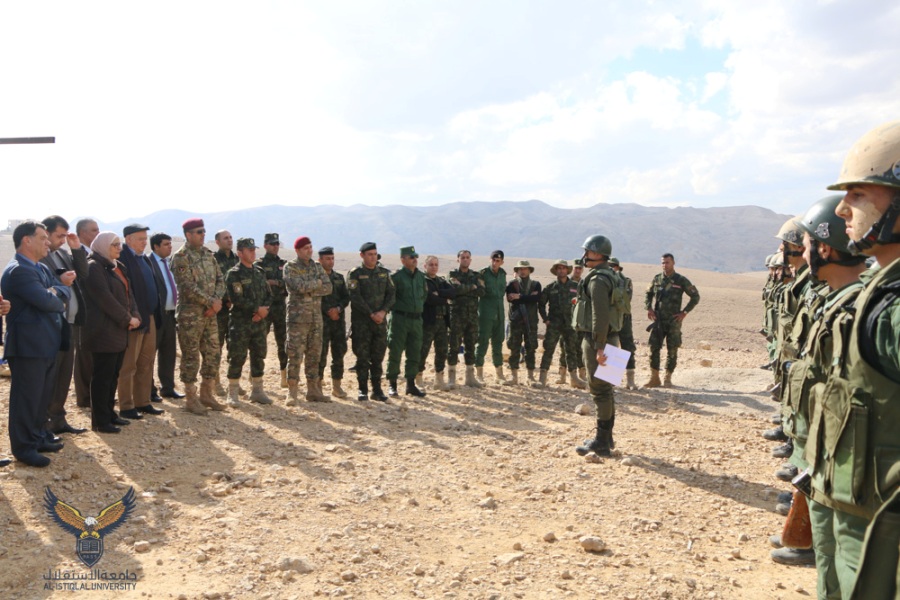 Al-Istiqlal University through its deputies for Academic, Military, Administrative and Financial Affairs, had graduated the fourth year students who participated in the “Military Exercises and Skills” Course, in cooperation with the Palestinian National Security Training Center, in the presence of the deans of colleges in the governorates of Tubas and Jericho, on Monday 30th of December 2019.

Col. Salman Tayser Abdallah, the Deputy for Military Affairs, thanked Maj, Gen. Nidal Abu Dukhan, the Commander of the Palestinian National Security Forces, and the trainers for their efforts in qualifying the students by providing them with the required military skills which will promote them in their future work. Also, he advised the student saying: "This soil above your faces is a pride, dignity and honor", praising their outstanding performance in the maneuvers show that they performed during the graduation.

For their part, Prof. Dr. Hamdan Taha, the Deputy for Academic Affairs, and Dr. Rjaa Sweidan, the Deputy for Administrative and Financial Affairs, expressed their happiness with the training results, wishing more success for the students, thanking the National Security trainers for their efforts in training students.