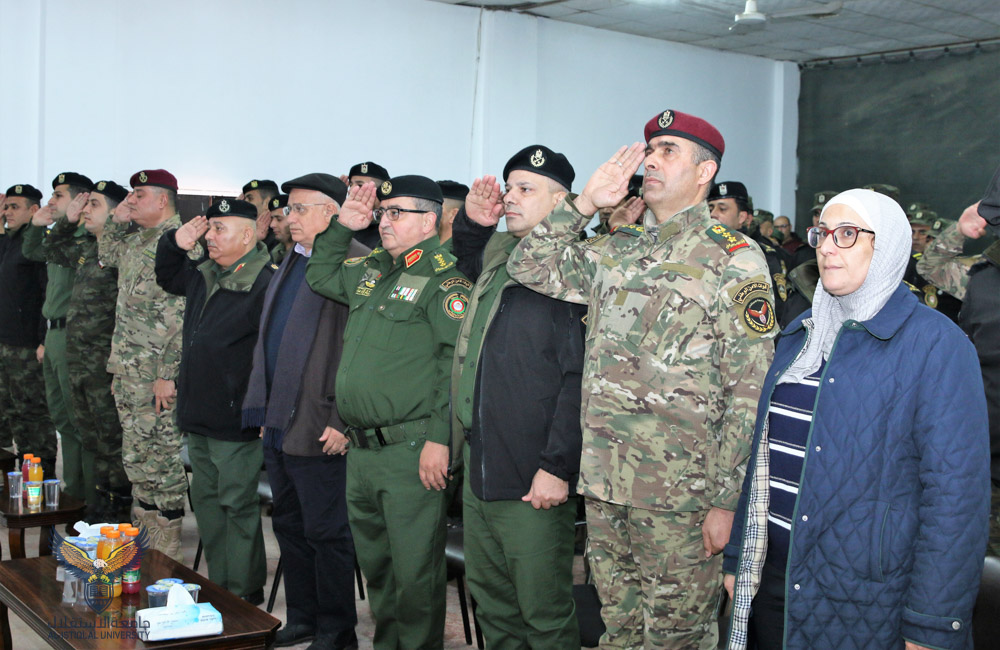 Col. Abdallah thanked Maj. Gen. Nidal Abu Dukhan, the Commander of the Palestinian National Security Forces, and all trainers for their efforts in preparing the students with the proper military skills which will make them able to carry out any tasks with high efficiency, praising the cooperation between the Al-Istiqlal University and the Palestinian Security Services. Also, he appreciated the National Security Forces Administration in setting the students as priority in their training programs, wishing success to all who contributed to the success of these courses and those in charge in the areas of Tubas and Jericho.

For his part, Brig. Gen. Serdah welcomed the attendees, thanking HE Maj. Gen. Tawfiq Al-Tirawi, the Chairman of the Board of Trustees of Al-Istiqlal University, and Prof. Dr. Saleh Abu Osba, the President the University, for the success of this great edifice, and the implementation of the important military training courses for the students in partnership with the Palestinian National Security Forces, wishing success for Al-Istiqlal University and its cards.