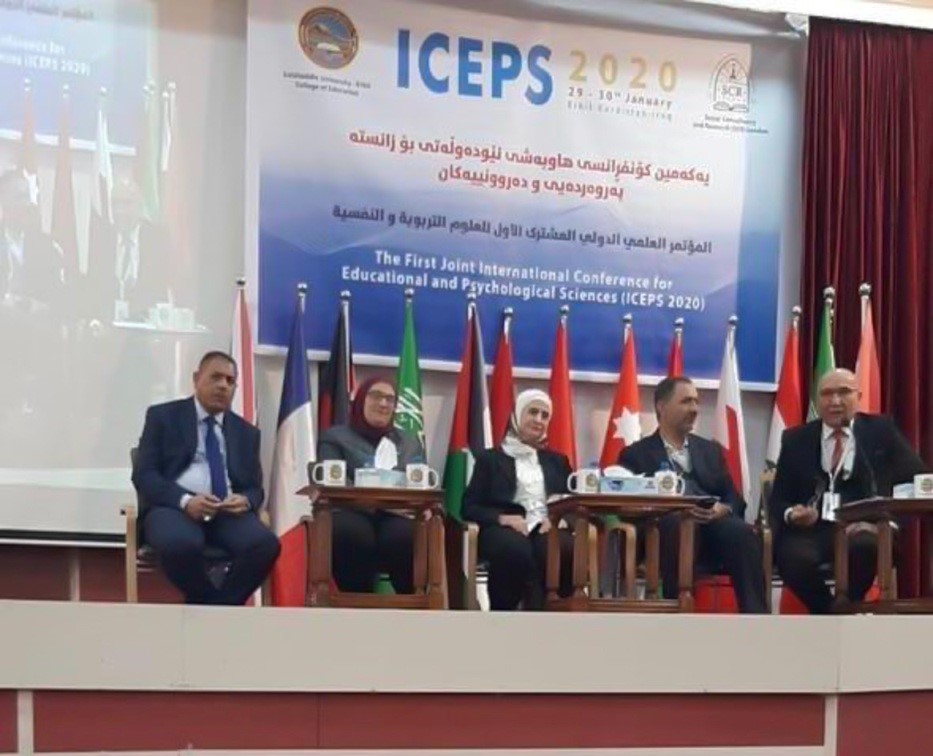 Al-Istiqlal University participated in the first international scientific conference for educational and psychological sciences entitled "Through Education and Psychological Stability, we will have better tomorrow". Al-Istiqlal University was invited by   Salahaddin University - Erbil, in cooperation with the Center for Social Research and Consulting - London, and under the auspices of Dr. Aram Mohammed Qader, the Minister of Higher Education and Scientific Research in the Kurdistan.

The conference was held in the presence of Mr. Nazmi Al-Hazouri, the Ambassador of the State of Palestine in the Kurdistan region - Iraq, Dr. Rajaa Sweidan, the Deputy for Administrative and Financial Affairs at Al-Istiqlal University, and Dr. Mohammed Dabos, a faculty member in the College of Human Sciences, in Erbil Governorate - Iraq.

Dr. Sweidan delivered the greetings of Prof. Dr. Saleh Abu Osba, the President of Al-Istiqlal University, thanking the administration of Salahaddin University - Erbil, for the invitation and being the main speaker, noting the challenges which were posed by the globalization and the technological revolution, and the role of contemporary teaching methods, in the digital age, in reducing the suffering of students and supporting them to be adapted to this era.

Furthermore, she gave the Palestinian Ambassador a shield of appreciation for his efforts in promoting and consolidating the relations between the two countries, Also, Dr. Dabos participated in the event by a research entitled "The degree of satisfaction of the teachers of public schools in the northern governorates in the West Bank, towards the process of assessing their performance in light of some variables."

Finally,  the goals of the conference came in discussing the ways to overcome the problems which were resulted by the ideas of the extremist groups, through directing the attention of the researchers, academics and experts towards the current issues and problems of society, besides intensifying the scientific and research efforts by strengthen the scientific cooperation between researchers, and developing the research capabilities to keep pace with scientific progress.