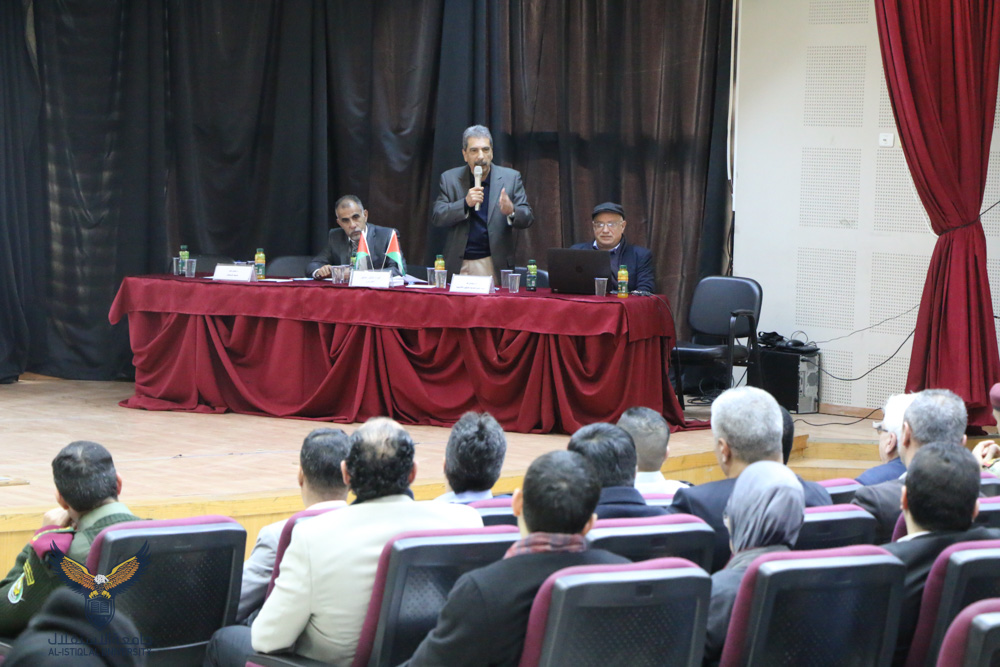 The workshop was held in the presence of HE Maj. Gen. Dr. Tawfiq Al-Tirawi, the Chairman of the Board of Trustees of Al-Istiqlal University, Prof. Dr. Hamdan Taha, the Deputy for Academic Affairs, Col. Salman Tayser Abdallah, the Deputy for Military Affairs, Dr. Rajaa Sweidan , the Deputy for Administrative and Financial Affairs, and Dr. Ghassan Omar, the Director of the Center for Maps and Topographic Studies.

Maj. Gen. Dr. Al-Tirawi welcomed the attendees, stressing the importance of the culture and science, knowing how to draw the map of Palestine, its directions and its topography for every military student, as well as the necessity of reading our enemy thoughts and plans, indicating the need to invest time in science and to be educated alongside science.

For his part, Prof. Dr. Taha talked about the history of Palestine, its first appearance on the map in the second century AD, and appearance of a series of maps of it in the Middle Ages and the Ottoman period, indicating that GIS had started in Palestine nearly two decades ago.

The workshop was opened by Dr. Ghasan Omar, the Director of the Center for Maps and Topographic Studies, providing an overview of the nature of its work and the courses related to this specialty.