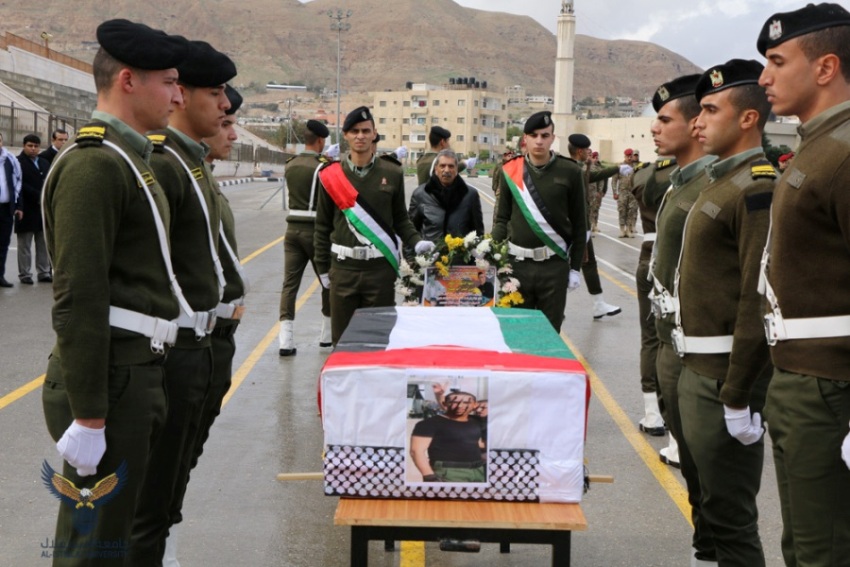 Al-Istiqlal University organized a memorial event for the heroic Martyr Student Yazan Munther Abu Tabikh - first year - an intermediate diploma, who was murdered by the occupation in Jenin camp on Thursday morning 6th of February 2020.

Maj. Gen. Al-Tirawi said that Al-Istiqlal University is a factory of men, and the Student -Martyr Yazan Munther Abu Tabikh is considered as one of his children who learned the values of Affiliation, discipline, loyalty, dignity, and the service of his homeland.

Furthermore, he added that Palestine lost two martyrs, the first one was murdered during his work time in protecting his land and his people, and the other one is the student Yazan after several hours of leaving the University, while he is defending Jenin Camp and wearing the University's military attire, stressing that the struggle of the Palestinian people will lead to the liberation of the country, having the independence, and facing the deal of the century.

For his part, the Deputy for Military Affairs pointed out that Al-Istiqlal University will remain national institution to the Palestinian people through its knowledge and education, until achieving an independent Palestinian state, mentioning that the students have to always seek knowledge and dignity.