Al-Istiqlal University Graduates the participants of the winter training camp 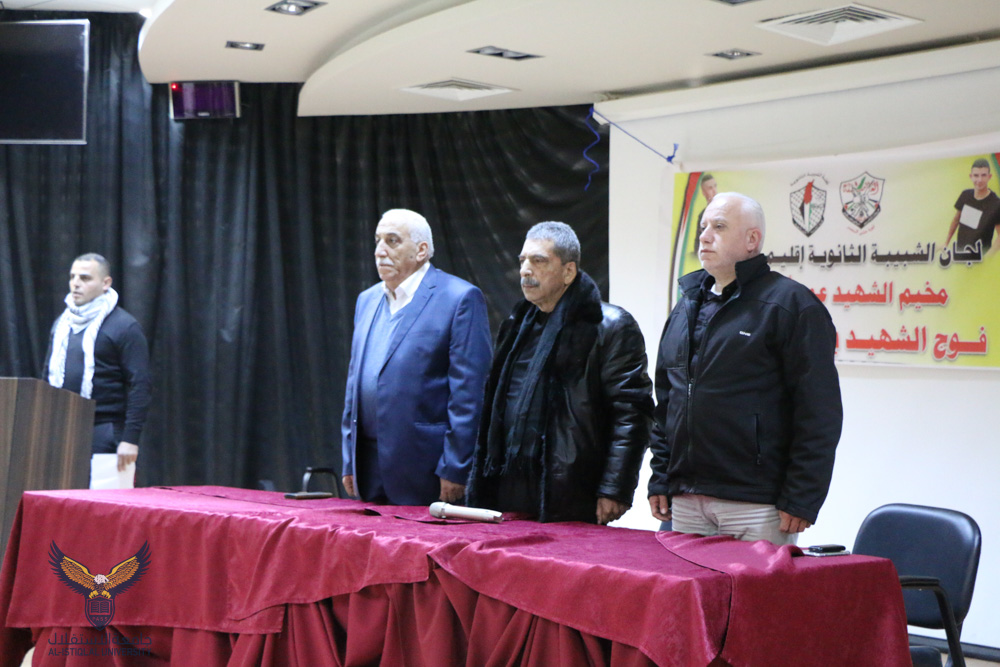 Al-Istiqlal University, in cooperation with the Palestinian National Liberation Movement / Salfit region, graduated the participants of the winter training camp which was entitled “The Martyr Omar Abu Laila Camp / the Martyr Regiment Yazan Abu Tabikh,” in the presence of Maj. Gen. Dr. Tawfiq Al-Tirawi,  the Chairman of the Board of Trustees of Al-Istiqlal University, Maj. Gen. Jehad Abu Asal , the Governor of Jericho, and Mr. Abd Al Satar Awad , the Secretary of Fatah Movement / Salfit, at Sheikh Hazza Bin Zayed Al Nahyan Theater, on Saturday 8th of February 2020.

Maj. Gen Al- Tirawi welcomed the attendees, pointing out the importance of the training camps in learning the history of Fatah Movement, praising the role of the Palestinian youth in continuing the movement's revolutionary ideas and its progress, saying “You are the leaders of Palestine, the protectors of the land and dignity, and you are the reliable generation who will complete the struggle of the Palestinian people toward its freedom”.

For his part, Maj. Gen. Abu Asal commended the efforts of Maj. Gen. Al-Tirawi, indicating the importance of this course in promoting the principles of unity and loyalty, besides planting the Palestinian ideas inside the minds of the new generation which will make them the protective shield for their homeland and will promote their role in resisting the Israeli settlement incursion.

Furthermore, the event included a symbolic funeral of the Student Martyr Yazan Abu Tabikh, and a speech was organized by the Fatah Youth Committee / Salfit Region, praising the camp's outputs and its importance in strengthening the principles of commitment, cooperation and discipline, in addition to learning the internal system of the Fatah Movement, and the development of its military work.