A delegation from Al-Istiqlal University visits the British Sandhurst Academy 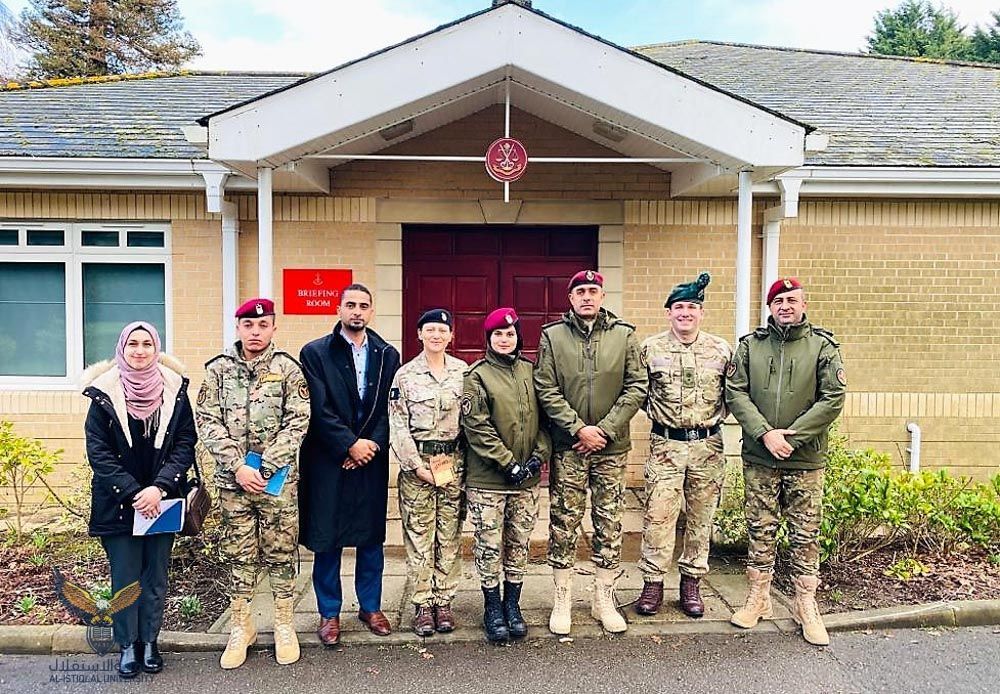 Col. Abdallah thanked the representatives of Academy for their reception, praising the efforts and the performance of the British army officers in raising the knowledge and skills of the students, besides providing them with the military and intellectual values which will promote their educational levels to be qualified for any position in future.

The goal of this visit comes to discuss the methods of leadership, refining and developing the capabilities of the military students, to raise their efficiency before joining the ranks of the Palestinian security institution.

It is noteworthy to mention that the delegation was hosted for three days, the first they visited the British Academy and the Officers Selection Center to learn about the mechanisms of committees work and the admission criteria, besides the Capacity Training School for developing and addressing weaknesses. On the second day, the delegation visited the Westbury area to meet with the Army Officers Selection Committee, and on the third, they visited the British Army Education Center 77.