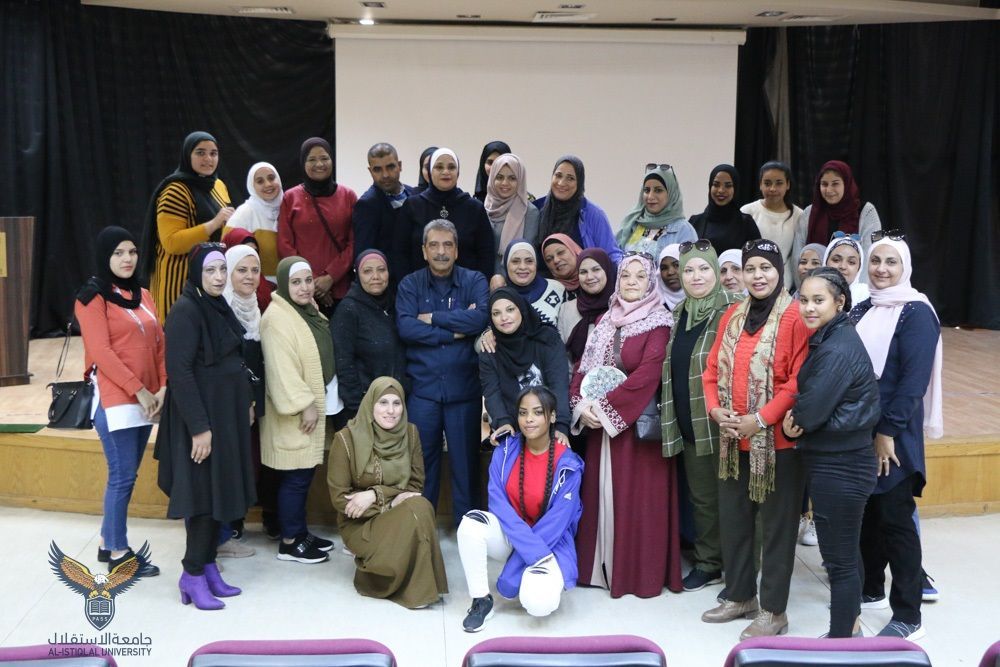 The Community Service and Continuing Education Center at Al-Istiqlal University, in partnership with the Palestinian Office of the Ministry of Culture in the Jericho and Al Aghwar Governorate, organized a winter cultural camp entitled " Life is ours" for two days, with the participation of (50) women from the different Women's and Cultural Centers, besides the charities and the cultural advisory council in the city of Jericho.

HE Maj. Gen. Dr. Tawfiq Al-Tirawi, the Chairman of the Board of Trustees of Al-Istiqlal University, welcomed the attendees, giving a lecture entitled “The role of women in the struggle”, stressing the role of women in building the society in the cultural, political and national aspects.

For her part, Ms. Mayson Salameh, the Director of the Culture Bureau, praised the role of Al-Istiqlal University in promoting the different institutions of the local community, stressing the importance of conducting the various camps, for raising the knowledge, awareness, and the cultural exchange experiences of the participants.

The winter camp program included several events, and artistic workshops in handicrafts (such as painting on glass, copper, and patchwork), and visiting the archaeological sites in Jericho Governorate (Tel Ein Al-Sultan, Mount of Temptation, Ain Al Sultan Spring), besides conducting a cultural seminar entitled " The role of women in the cultural movement " with honoring the organizers of the camp and HE Maj. Gen. Al-Tirawi.