HE Maj. Gen. Dr. Al-Tirawi meets with the General Union of Teachers 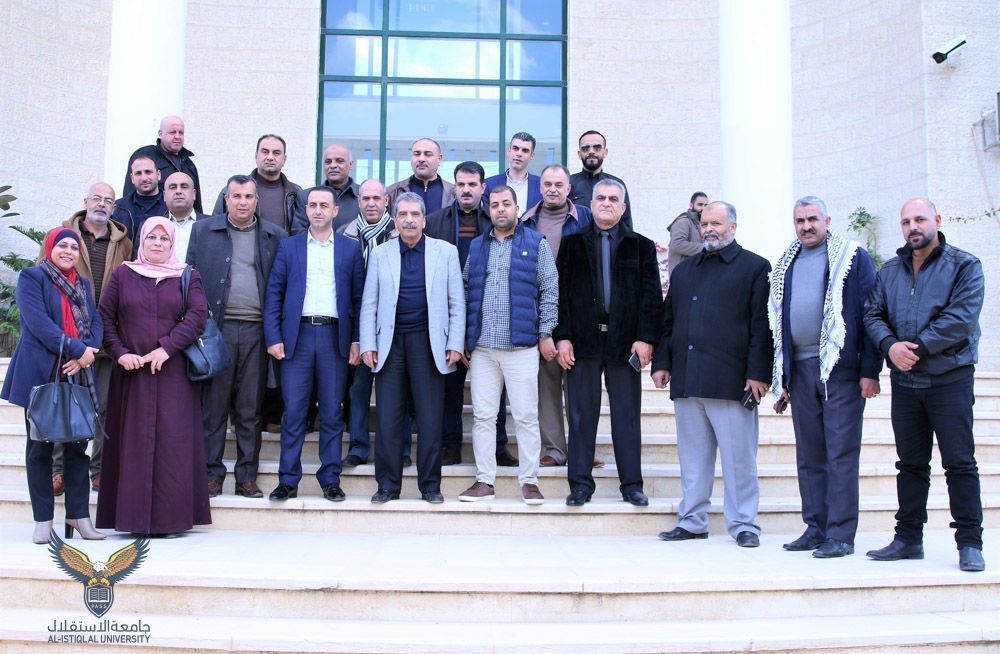 HE Maj. Gen. Dr. Tawfiq Al-Tirawi, the Chairman of the Board of Trustees of Al-Istiqlal University, received the members of the General Secretariat of the Palestinian General Union of Teachers and the heads of Palestinian branches, in the presence of Mr. Saed Arizikat, the Secretary-General of the Union, to discuss the different issues which are related to the rights of the Palestinian teacher, inside the campus of the University, on Sunday 1st of March 2020.

Maj. Gen. Al-Tirawi welcomed the attendees, pointing out that it is not possible to deny any of the teachers’ rights which are guaranteed by the framework and the agreements of the Ministry of Education, stressing the importance of knowing about the Palestinian general situation and measuring its difficulty at the political and economic levels, besides estimating the national circumstance and not Influencing the educational process.

Furthermore, he said “I’m against the open strikes which negatively influence the educational process, but I’m with the well-organized, studied and influential activities that have a positive return to achieving the rights claimed, stressing the importance of having full awareness and understanding of the political and economic situation of the government, indicating that the Union has the right to stand up to those who attack it.

For his part, Mr. Arizikat, the Secretary-General of the Teachers Union, gave a detailed explanation of the accumulated demands of the Union since 2011, stressing the commitment of the Union under the decision of popular organizations, mentioning that the Union does not need to call for an open strike but it is very important to improve the career status of teachers, in addition to managing the crisis and the budget according to the demands of the teachers and the situation, saying that all the demands were agreed upon, submitted and recognized to the Prime Minister, but there were no positive results on the ground, demanding not to incite against them, and compare them to any other union.